The 5th Japanese Essay Speech Contest was held in Shanghai

This was the fifth time that HU and Komaru Transportation Foundation have co-hosted this essay speech contest. This year’s theme was “Transportation”. The contest invited applications from universities students in and around Shanghai and 189 students from 8 universities submitted their essays. Universities recommended 30 of them and 8 students were selected for excellence awards and they presented their essays in the SISU auditorium. There were about 70 people in the audience including Japanese Language learners and teachers.

Mr. Shigehiro Komaru, Executive Director of the Komaru Transportation Foundation and President of the Fukuyama Transporting Co. Ltd., gave an opening address before the contest. Following that was an address by Consul General Kazuyuki Katayama of the Consulate-General of Japan in Shanghai.

The 8 selected students delivered their speeches in Japanese. After severe reviewing, Ms. Hao Hao from Jiangsu University was selected to be the top prize winner, and Ms. Chen Jianan from Huaihai Institute of Technology won the “Consul-General of Japan in Shanghai Special Award”.

The contest was concluded with the comments from Professor Li Junyang, Vice Director of the Hiroshima University Beijing Research Center, and the closing remarks by HU Executive and Vice President Toshiyuki Sato. The audience listened intently until the very end of the contest. 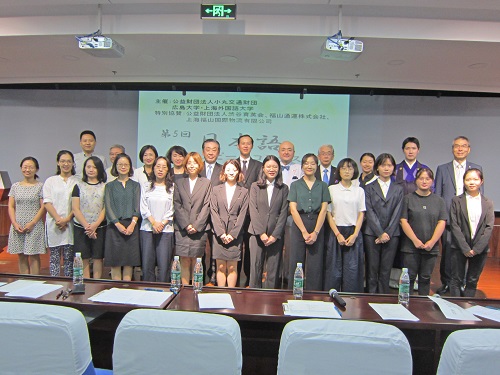 Commemorative photo with the participants 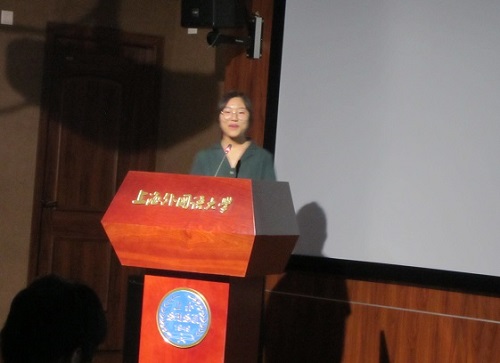 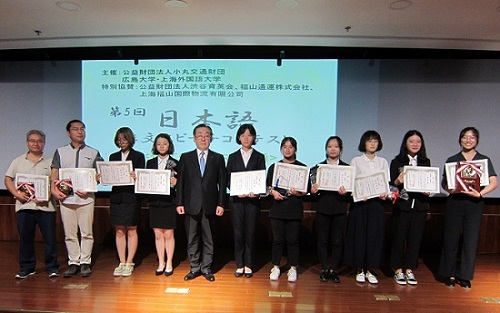 After the awards ceremony