In his lecture, Ambassador Noke explained the Egyptian history based on the geographical background of that nation, as well as the recent cooperative relationship between Japan and Egypt referring to the Egypt-Japan University of Science and Technology (E-JUST). The lecture was attended by an audience of about 90 people consisting mainly of students and staff of HU, who intently listened as he shared his story. Following the lecture, a lively question-and-answer session took place.

HU is determined to continue its efforts to further strengthen partnership with Egypt in terms of education and research. 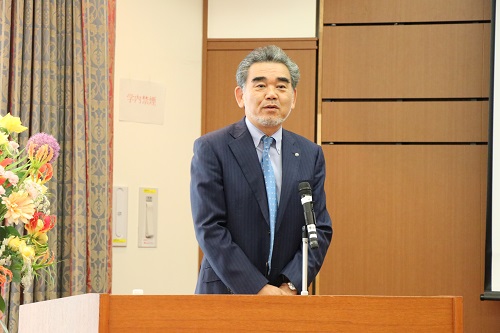 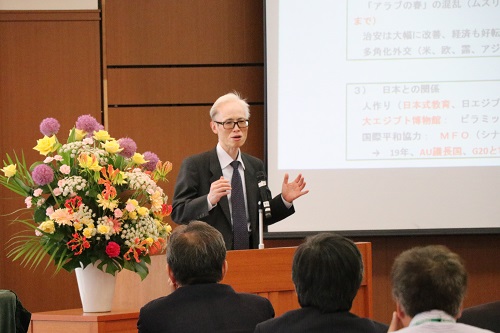 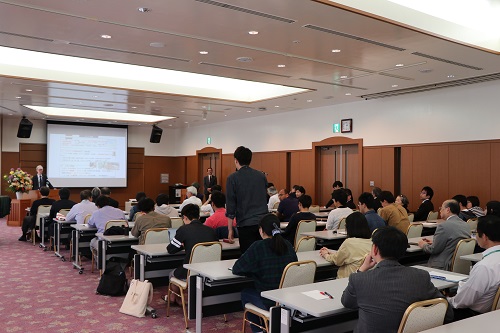 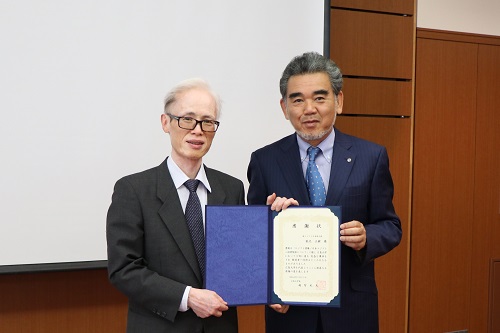 A letter of appreciation and a gift presented to Ambassador Noke