University of Parma is a comprehensive university located in Parma, Northern Italy, and is home to approximately 25,000 students. Until now, HU and University of Parma have promoted research exchange focusing in the law field. With this agreement as momentum, it is hoped that academic exchange between both universities will be further promoted. 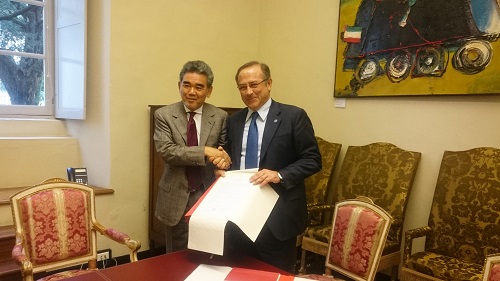