The new research may help address a particular challenge posed by liver cancers, which can be difficult to analyze safely. One serious risk of existing biopsy methods is that doctors who want to obtain a tumor sample for analysis might cause the cancer to spread into the space around organs.

“Doctors need non-invasive methods that will allow them to safely study cancer progression and characterize the genomic features of a patient’s tumor,” said Professor Kazuaki Chayama, a principal investigator in this study. “Testing for these circulating DNA fragments may be a much easier and safer way of doing this than conventional liver biopsy.”

The researchers showed that detecting DNA released by damaged cancer cells, called circulating tumor DNA (ctDNA), in serum before surgery could predict the recurrence of cancer and its spread through the body (metastasis) in patients with an advanced form of the most common type of liver cancer. They also demonstrated that the level of serum ctDNA reflected the treatment effect and the progression of hepatocellular carcinoma (HCC). The results are published in the journal Cellular and Molecular Gastroenterology and Hepatology.

Recent studies have suggested that ctDNA might be a useful biomarker in various cancers. The new study brings this technique closer to clinical reality in patients with advanced HCC by showing that ctDNA provided valuable clinical information about the patient’s disease progression.

Professor Chayama and colleagues in Hiroshima University including Dr. Atsushi Ono, together with researchers at RIKEN and the University of Tokyo, investigated whether they could detect ctDNA in serum of 46 HCC patients. They found ctDNA in seven patients. These patients were more likely than the others to experience recurrence and metastasis of their cancer. “Furthermore, we found that the level of ctDNA correlated with progression of HCC and the treatment,” said Professor Chayama.

The Japanese team also says that ctDNA has the potential to be a non-invasive way of studying the genetic rearrangements that a cancer has undergone. This information could help doctors provide targeted therapy specific to a patient’s cancer, they note.

Recently, detection of cancer-specific mutations by genome sequencing has attracted attention as a way to help select appropriate therapy selection, Professor Chayama said. The researchers were able to identify 25 common mutations in samples of cell-free DNA, which includes DNA from both normal cells and cancer cells, and DNA from tumors themselves. Furthermore, 83% of mutations identified in the tumor tissues could be detected in the cell-free DNA.

Although further study is necessary to develop more effective methods, the new study adds to growing evidence about the usefulness of ctDNA in cancer treatment, and shows that it is a promising biomarker that provides a new way to treat liver cancer. 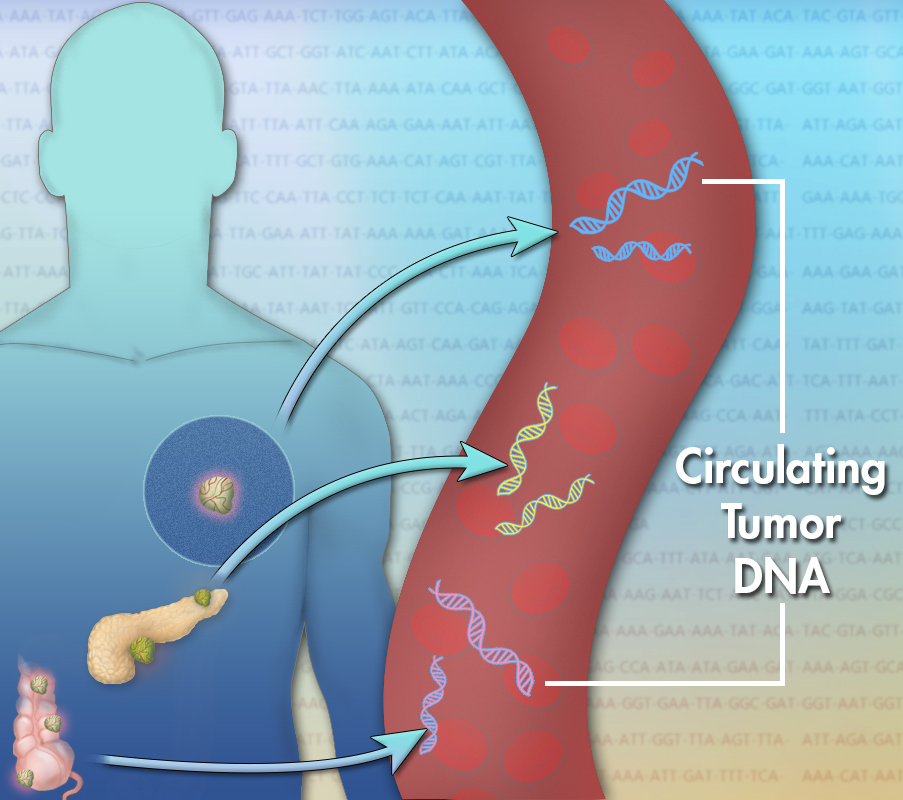 ctDNA is a small piece of DNA released from dying cancer cells into the blood.