Former HU international student was awarded the Order of the Rising Sun, Gold Rays with Neck Ribbon at the 2020 Spring Conferment of Decorations on Foreign Nationals

On April 29, Dr. Achmad Jazidie, one of our former international students, was awarded the Order of the Rising Sun, Gold Rays with Neck Ribbon from the Japanese government at the 2020 Spring Conferment of Decorations on Foreign Nationals, for his contribution to enhancing the relationship between Japan and Indonesia within the field of education.

After completing his study at HU, Dr. Achmad Jazidie went back to his alma mater ITS, where he served as a professor, Dean of the Faculty of Engineering, and the Vice President. Afterward, he successively held esteemed posts in the Indonesian Ministry of Education and Culture, such as the Director of Institutions and Cooperation of the Directorate of General Institutions and Cooperation and the Director General of Secondary Education of the Directorate of General Secondary Education. He is currently the Rector of the Nahdlatul Ulama University of Surabaya.

As part of his career at ITS, Dr. Achmad Jazidie made a great contribution towards the promotion and spread of Japanese-style higher education in engineering in Indonesia by engaging with JICA’s human resource development project. He also devoted himself to talent cultivation in Indonesia in various academic fields such as robot engineering, his own field of expertise, while further promoting engineering research collaboration between Japan and Indonesia. Furthermore, at the Indonesian Ministry of Education and Culture, he made great advancements towards the promotion of bilateral relationship by enhancing inter-university cooperation as well as human interaction between students of higher-education institutions, and by promoting Japanese language education at secondary schools in Indonesia.

As a student of HU, he served as the president of the Indonesian Student Association of Hiroshima from 1990 to 1991. Aside from this, he co-authored a paper with his supervisor, Professor Toshio Tsuji of the present Graduate School of Advanced Science and Engineering. Even after returning home, he has actively continued his academic interaction with HU. In 2019, he participated in the 5th Japan-Indonesia Rectors' Conference hosted by HU as the Rector of Nahdlatul Ulama University of Surabaya. In this way, he has maintained a close relationship with HU.

We wish to express our sincere congratulations on receiving the Order of the Rising Sun, Gold Rays with Neck Ribbon, and pray for his continued success. 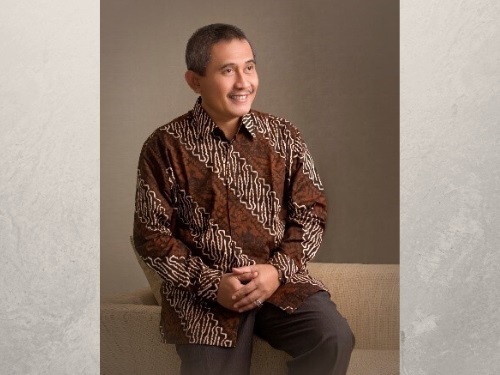