An AI might soon help stroke survivors get the right treatment by detecting a patient’s post-stroke depression type, a frequently seen neuropsychiatric manifestation after a stroke that could impair functional recovery. 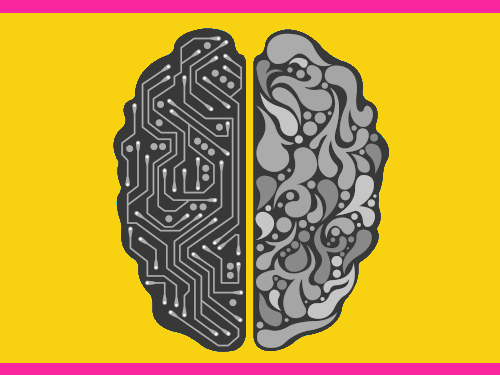 An AI developed by Japanese researchers might soon help stroke survivors get the right treatment by detecting a patient’s post-stroke depression (PSD) type, a frequently seen but often overlooked neuropsychiatric manifestation after a stroke that could impair functional recovery.

The AI was developed by Hiroshima University (HU) researchers using a probabilistic artificial neural network called log-linearized Gaussian mixture network. The neural network was trained to distinguish between depression, apathy, or anxiety based on 36 evaluation indices obtained from functional, physical, and cognitive tests on 274 patients.

Details about their research that analyzed the relationship between PSD and activities of daily living independence, degree of paralysis, stress awareness, and higher brain function using machine learning are published in Scientific Reports.

The researchers said each PSD type might have different underlying neuroanatomic mechanisms which could have a distinct impact on a patient’s functional recovery. And its early detection is crucial to give the appropriate treatment needed by the patient.

“Depression is a highly comorbid neuropsychiatric symptom during the acute and subacute phase after a stroke and has been reported to negatively influence functional and cognitive recovery. Thus, early diagnosis and intervention are crucial for post-stroke depression,” study author Seiji Hama, a research associate at HU’s Graduate School of Biomedical and Health Science, said.

“However, PSD is multifactorial, and associated neurological symptoms may hinder the detection process. This study is the first step in aiming to accurately diagnose PSD using data obtained in routine practice without any special equipment.”

The researchers tested the AI’s diagnostic accuracy through the receiver operating characteristic curve which visually evaluates the performance of a machine learning algorithm by giving it an area under the curve (AUC) score. An AUC score of 1.0 means a perfect performance. The PSD detection AI scored above 0.85.

Various post-stroke physical disorders, cognitive dysfunction, and mood disorders associated with stress responses are intricately intertwined, making it difficult to understand the cause of PSD and, therefore, making its diagnosis challenging.

It is uncertain whether PSD occurs as part of the mourning process due to the physical impairments after a stroke or if it is brought about by biological factors associated with brain damage.

The study results, however, suggested that reduced stress adaptability due to stroke-induced brain lesions is behind PSD.

“One of the traditional hypotheses on the PSD mechanism was ‘threshold hypothesis,’ consistent with many previous reports demonstrating the association between the accumulation of lacunar infarcts within the basal ganglia, thalamus, and deep white matter and PSD,” they said in their study.

Hama said they intend to conduct detailed analysis using MRI images to further clarify the origins of PSD and improve techniques to diagnose it in hopes of applying the technology to wearable devices. The researchers expect patient rehabilitation would be improved through the early diagnosis and treatment of PSD.

“If this diagnostic technique of PSD becomes possible to test with a wearable device, it will be possible to use it in the local community. By combining it with the test for cognitive function, we would like to verify its application to the preventive effect of strokes,” he said.