On March 12th 2021, H.E. Mr. Gayrat Fazilov, Ambassador Extraordinary and Plenipotentiary of the Republic of Uzbekistan to Japan, visited Hiroshima University’s Kasumi Campus and met with President Mitsuo Ochi. The meeting was also attended by Executive Vice President in charge of Global Strategy, Satoshi Watanabe, and Executive Vice President of Kasumi Campus, Faculty Personnel and Public Relations, Junko Tanaka. In addition, Mr. Tetsuro Yamasaka, who is an alumnus of HU and president of Balcom Co Ltd, a company which has strong ties with Uzbekistan, was in attendance.

During the meeting, opinions were shared on the possibility of exchange between HU and universities in Uzbekistan, followed by a discussion with Uzbek exchange students and a tour of HU’s laboratories. In addition to two Uzbek students who are currently in Japan, two more who are currently in Uzbekistan participated in the discussion online, engaging in topics such as their daily lives.

Going forward, we hope to further the collaboration with universities and research institutions in Uzbekistan. 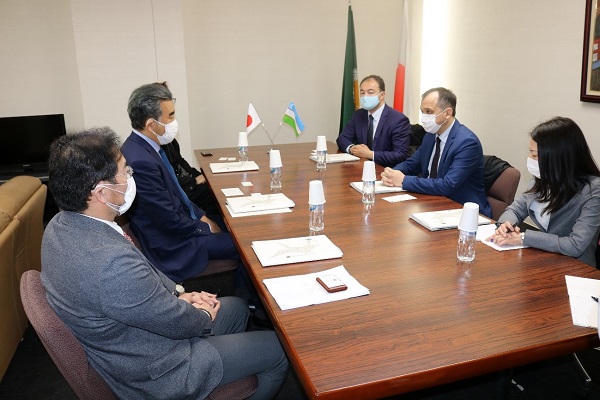 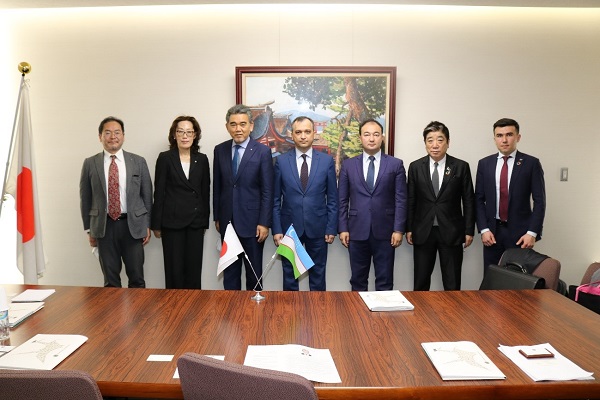 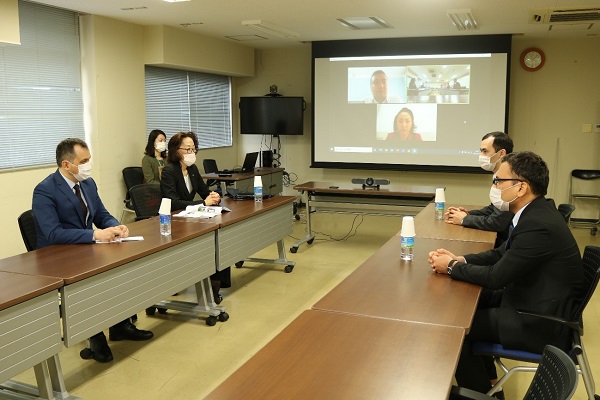 During the discussion with Uzbek exchange students 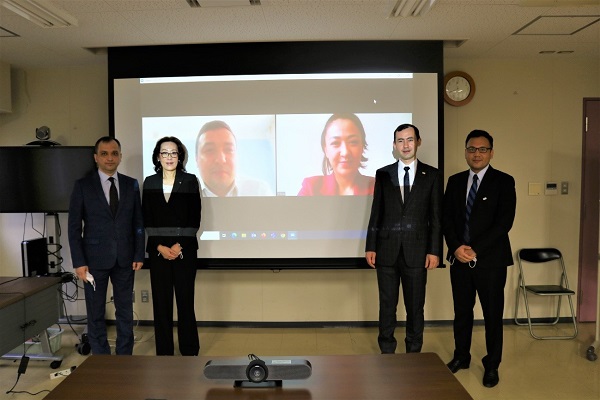 Commemorative photo with attendees of the discussion