President Ochi expressed his hopes for the future, saying “I hope that this agreement will further strengthen the ties between Egypt and Japan, two countries which share a desire for peace, while also allowing us to work together to develop human resources who can actively contribute across the world.”

President Ghaleb also expressed his aspirations, “I hope we will further accelerate academic exchange, not only between Galala University and HU, but also between Egypt and Japan.”

Going forward, HU will cooperate with Galala University in the fields of engineering, dentistry and Japanese language education, including in the creation of curriculum and offering classes both online and locally. 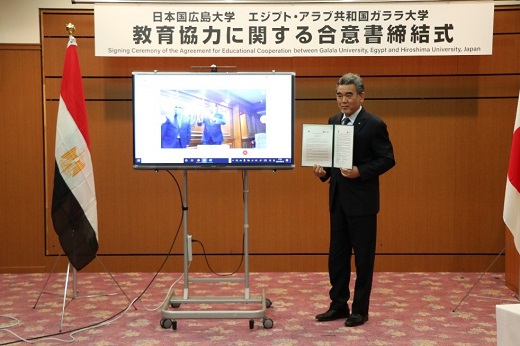 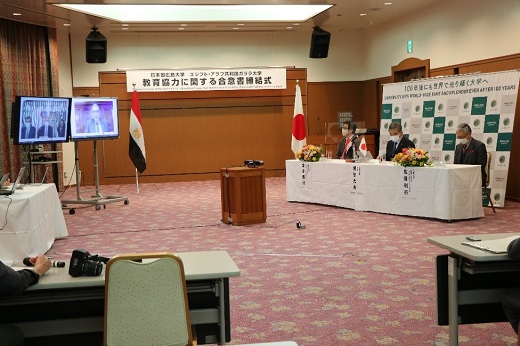 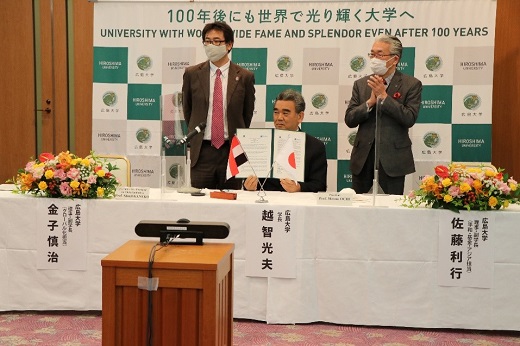 Commemorative photo at the venue in Japan