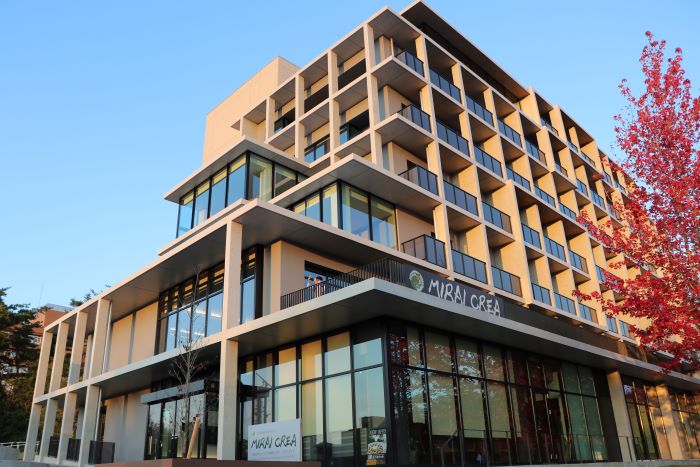 “As the name MIRAI CREA suggests, we would like to run this facility as a focal point for international activities of Hiroshima University to shape the future,” said HU President Mitsuo Ochi at the opening ceremony held after the ribbon-cutting.

HU presented a letter of appreciation to Mr. Namba Hirato, who has made outstanding contributions over the years, including paintings for the university and this facility.

After the ceremony, MIRAI CREA was opened to the public for an inside tour around the multipurpose spaces, meeting rooms, and residential areas.

In addition, a symposium was also held to commemorate the opening, both in face-to-face and online formats. 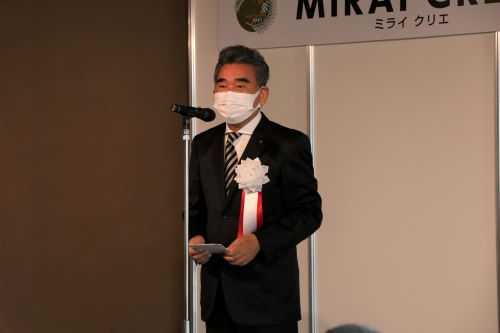 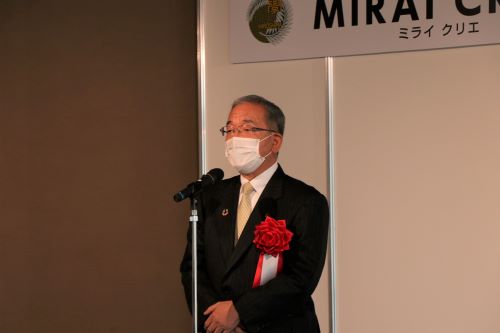 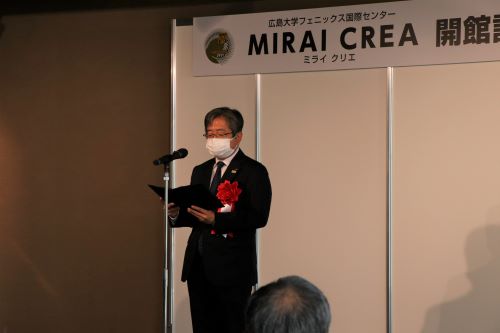 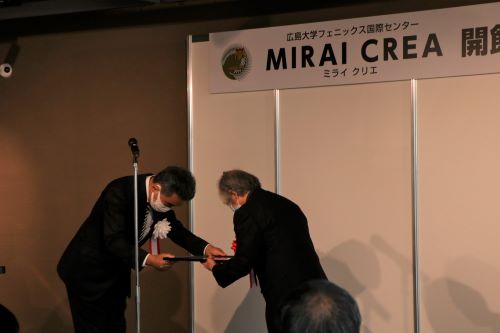 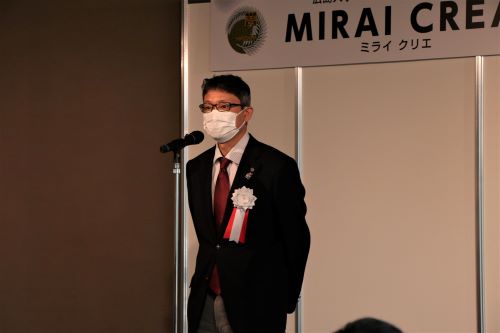 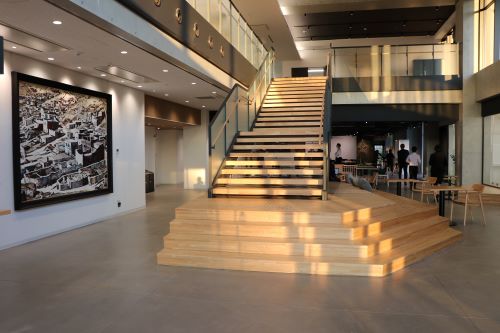 Entrance on the 1st floor 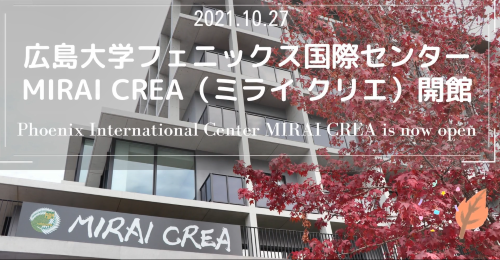