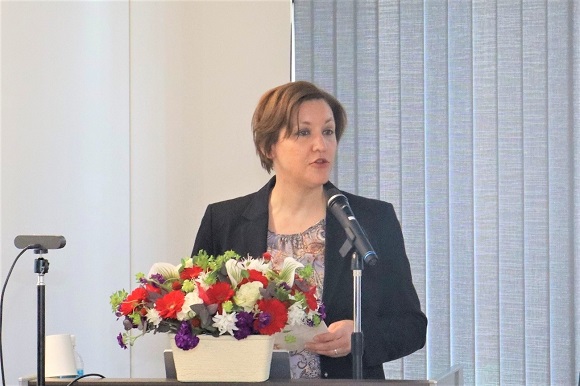 Ambassador Petrič gave a lecture on peace titled "Dedication to Peace is More Important Than Ever Before", drawing on her knowledge as an expert in international law and as someone who has experienced armed conflict in the former Yugoslavia. While introducing international humanitarian law and the history of the UN Charter, Ambassador Petrič stressed the need to speak out for peace, respect for human rights, and international order in this day and age where we are witnessing the invasion of Ukraine by Russia. After the lecture, President Ochi presented a certificate of appreciation to Ambassador Petrič. 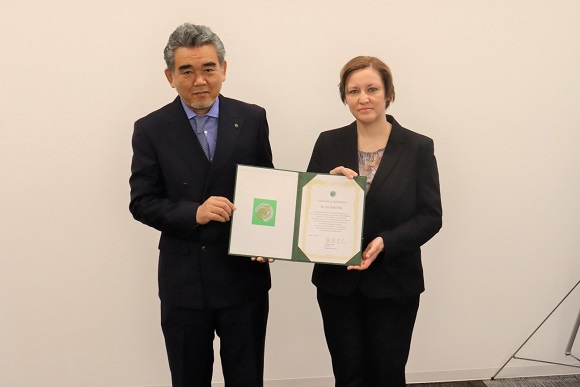 Presenting the certificate of appreciation

Prior to the lecture, Ambassador Petrič and President Ochi had a meeting where they exchanged opinions on various topics such as HU’s educational and research activities and the possibility of exchange between HU and universities in Slovenia. The meeting was also attended by Executive Vice President Toshiyuki Sato who is in charge of Peacebuilding, Funding and Asia Region, and Executive Vice President Shinji Kaneko who is in charge of Global Initiatives.

Going forward, we hope to further the collaboration with universities and research institutions in Slovenia. 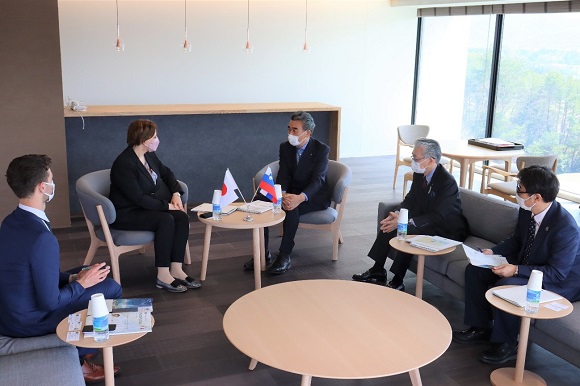