Hiroshima University is among the eight finalists for the International Strategy of the Year category of THE Awards Asia 2022.

The British higher education magazine Times Higher Education (THE) announced the shortlist for THE Awards Asia 2022, placing Hiroshima University — the only nominee in Japan — among the eight finalists for the International Strategy of the Year category.

HU's international efforts to achieve the SDGs were highly evaluated and led to the nomination for this award. This year's winners will be announced at the THE Asia Universities Summit at the end of May.

About 500 universities from across Asia and the Middle East applied for the awards, and only eight universities were selected as finalists in each category.

This is the fourth year that THE runs these awards, which began in 2019, to recognize outstanding reform efforts by Asian universities. Last year, HU was shortlisted for the THE DataPoints Social Impact award.

International Strategy of the Year (Shortlist) 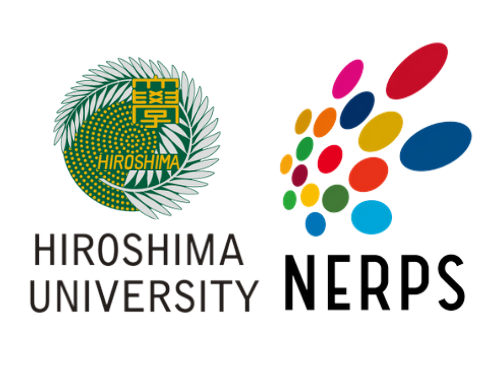 NERPS serves as an information hub for SDGs promotion and participation of students, researchers, companies, public offices and citizens in peace and sustainability.