On August 29, 2022, His Excellency Ambassador Extraordinary and Plenipotentiary of India to Japan, Mr. Sanjay Kumar Verma, paid a courtesy call to the Higashi-Hiroshima campus of Hiroshima University and engaged in discussion with HU President Mitsuo Ochi. The discussion was also attended by Executive Vice President in charge of Global Initiatives, Shinji Kaneko; Executive Vice President in charge of Peacebuilding, Funding and Asia Region, Toshiyuki Sato; and Vice President and Director of the Library, Kenji Tanahashi.

During the meeting, views were exchanged on the possibility of exchange and partnerships between HU and India. Furthermore, to commemorate the 70th anniversary of the establishment of diplomatic relations between Japan and India, HU received a donation of books from the Indian embassy. 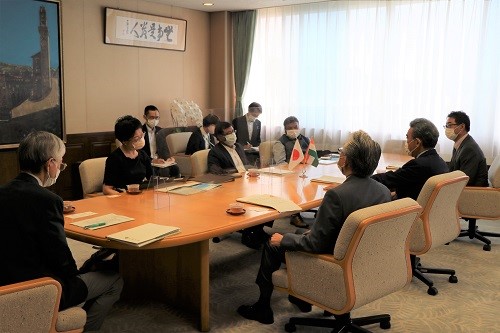 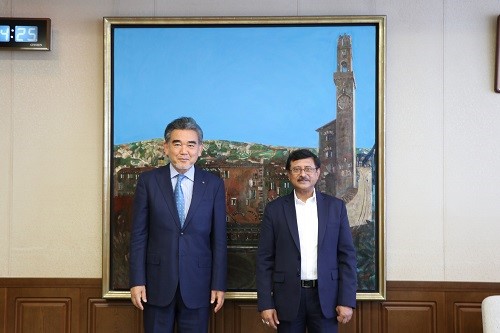