Research performed on human blastoids, a research model of an early embryo built out of stem cells, may allow scientists to understand better what causes birth defects and lost pregnancies, and so prevent them. But such research is also ethically fraught, warn bioethicists, due to differing beliefs on whether the blastoid possesses sentience or has the potential to do so. 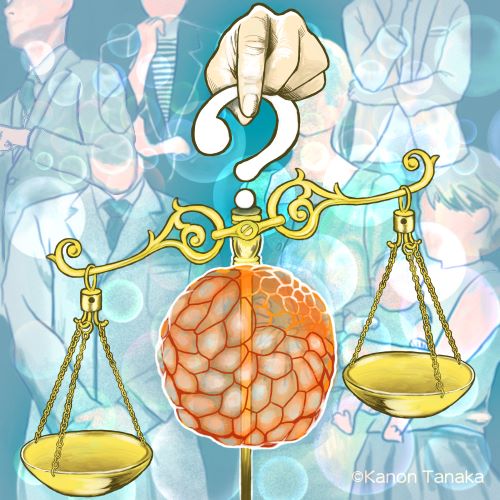 The study of blastoids, a research model of an early embryo derived from stem cells rather than from a father’s sperm or a mother’s egg, offers great hope for researchers investigating why pregnancies are lost at an early stage, what causes birth defects, and other topics related to early human development. Their use potentially avoids the challenges of scarcity and potential ethical problems of using actual embryos for the same sort of research.

But a group of ethicists and a cellular biologist have warned that blastoids are not without their own set of ethical considerations. While mammalian blastoid research has advanced rapidly in recent years, often using mouse blastoids, there has been insufficient consideration of how to regulate the creation and research use of human blastoids—feasible only since 2021.

A paper outlining some of these ethical challenges appeared in the journal EMBO Reports on September 14.

Blastoids, sometimes called embryoids, resemble the cells, structure (morphology) and genetics of the very earliest form an embryo takes. Such an early embryo is called a blastocyst. Blastoids mimic early embryonic development up to and potentially just beyond the blastocyst stage five to six days after the first cell division. A major step forward in recent years has been the ability to grow blastocyst-like structures from pluripotent stem cells (cells that are able to take on many different cell types or tissue forms).

“But whereupon implantation into the uterus, blastocysts ultimately develop into a fetus, blastoids do not, and so are considered a model of an embryo rather than an actual embryo,” said bioethicist and Associate Professor Tsutomu Sawai of the Graduate School of Humanities and Social Sciences at Hiroshima University, a co-author of the paper. “Or, more precisely, there is so far no evidence that they can develop into a fetus, which is the crux of the ethical conundrum.”

The scholars in their paper did not set out to make an argument for or against different regulatory or ethical attitudes toward human blastoid research, but instead wanted to explore what problems might arise around regulation of them to inform political, scientific and societal conversation about this research.

What makes the issue ethically fraught is that just as people have different views as to the moral status of embryos, especially in the context of research, they are likely to have different views on the moral status of blastoids. Some feel that the key question is whether embryos or blastoids have properties such as sentience—the ability to feel pain or experience consciousness, while others feel that the key question is whether they have the potential to do so.

Some scientists have argued that blastoids and blastocysts are not functionally equivalent, and would therefore not require the same level of oversight and regulation as human embryos.

There have been no reports yet of mouse blastoids developing to the fetal stage, and so it is believed that mouse blastoids do not possess the ability to do so. In turn, it is assumed that human blastoids are similarly incapable.

However, while mice are useful models, they are not the same as humans. Yet it would not be socially and legally permissible to implant a blastoid into the uterus of a woman to find out whether human blastoids can develop further than mouse ones do.

In addition, it may be the case that the failure of a mouse blastoid to develop into a fetus is the result of the ‘culture technique’, or method of growing the blastoid in a lab, which necessarily will be different from the environment of a uterus. Theoretically then, whether mouse or human, blastoids might indeed be able to develop further if culture techniques became available that perfectly mimic in utero development.

“The feasibility of lab techniques perfectly mimicking in utero however remains speculative, and policy-makers, researchers and wider society need to assess what to do right now, not wait until such technological advances occur,” added Professor Sawai.

The scholars also note that such research regulation can be affected by whether human blastoids are derived from stem cells that come from embryos (ESC) or from what are called induced pluripotent stem cells (iPSC). This latter type comes from skin or blood cells that have been reprogrammed back into a pluripotent state akin to that of embryo stem cells. The ethical issues related to iPSC research are usually considered less severe than those for ESC research, as the latter involves the destruction of embryos.

But if regulators opt for a preference for iPSC-derived blastoids over ESC blastoids, thinking that they have avoided an ethical minefield, they may find that they are in one nevertheless.

This is because iPSCs have the same genetic information as the donor, and so it may be reasonable to consider iPSC-derived blastoids as falling within the regulatory framework of cloned embryos. In the public consciousness, human cloning for research purposes has proven to be just as if not more ethically fraught than creating human embryos for research purposes.

The very recent advent of the capacity to make human blastoids has meant that the debate over human blastoids has so far yet to leap much beyond the lab bench or regulatory office and pierce the public’s consciousness in the way that the moral status of human embryos in scientific research has. But this situation is unlikely to remain the case for long, and the scholars feel this is a good thing.

“The rules for early developmental research, whether on blastoids or embryos, should not be decided by scientists or bioethicists alone,” concluded Professor Sawai. “Instead, a wider societal discussion must take the lead.”