HU also topped seven of the nine categories such as High Employability, Impressive Campus, and Growth Opportunities among universities located in the Chugoku and Shikoku regions. 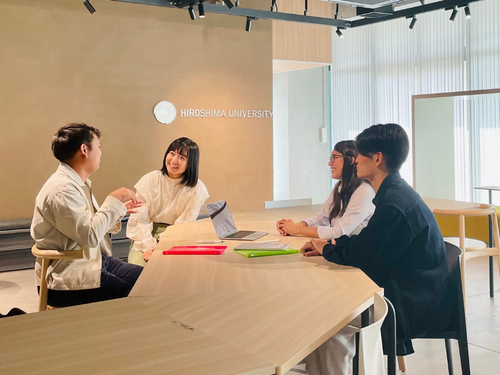 Hiroshima University (HU) ranked as the university with the best reputation in western Japan’s Chugoku and Shikoku regions, according to the 2022 University Awareness and Image Survey conducted by the Mynavi Institute for Higher Education Research.

It placed third and fourth in the two regions for the Abreast of the Times (4.9%) and Vibrant Atmosphere (6.4%) categories, respectively.

This was the first-ever survey on university image and brand awareness conducted by the institute, seeking to evaluate how each educational institution is viewed by high school students in Japan. Out of the around 180,000 third-year high school students polled nationwide, about 11,000 responded to the survey. The institute ranked universities by region based on the responses of 8,276 students who expressed interest in pursuing college studies.

Other Japanese regions where universities were evaluated were Hokkaido and Tohoku in the north, Kanto/Koshinetsu in the east, Tokai/Hokuriku in the center, Kansai in the midwest, and Kyushu and Okinawa in the south.

You can check out the full rankings here.