The first ever study assessing how patients with "gain of function" mutation of the STAT1 gene respond to stem cell transplantation has taken place.

It involved 15 young patients, from nine different countries, each suffering a range of complications caused by the gene's mutation.

Of these, only six survived a regime of stem cell transplantation - with five completely cured and disease free by the study's conclusion.

Dr. Okada, who first discovered the STAT1 gain of function mutation in 2011, says that, "Overall, this result is disappointing - but the fact five patients were cured proves that treatment with stem cells can work, and we now need to learn from these 15 individual cases".

The STAT1 gene plays a vital role in the body's immune system. Rare mutations can lead to STAT1's over activation (GOF) and "autoimmunity" where the body starts attacking its own healthy tissues.

While the majority of patients afflicted typically show mild to moderate symptoms involving fungal (mostly Candida), bacterial, and viral infections - about 10% of cases are severe and life threatening.

Until now, developing suitable treatments has been challenging; e.g. anti-fungal drugs temporarily treat the symptoms but not the source mutation, and immunosuppressive therapies often do more harm than good by knocking out already overburdened immune systems.

With only one confirmed case, prior to this study, of a sufferer being successfully cured using stem cell transplantation - researchers are keen to build an understanding of best practice in order to offer real hope for the typically young sufferers of this condition.

The 15 selected patients were sourced via an international appeal to transplant centers and consortiums. Their ages ranged from 13-months to 33-years at the time of treatment. Screening by HU researchers confirmed that STAT1-GOF mutation was present in each - and was the source of their ailments.

Treatment was carried out independently by centers across the world. It used chemotherapy to eradicate the host's bone marrow - source of disease-fighting blood cells in a healthy body - and in these patients the damaging STAT1 mutation.

Healthy stem cell cultures, sourced from donors, were then transplanted into the host, with the aim of reconstituting their bone marrow to a mutation-free disease-fighting state.

The researchers suspect three reasons for the only 40% success rate:

- After transplantation, the number of introduced healthy cells diminished with time. This provided an opportunity for host bone marrow to reform - along with the damaging STAT1 gene mutation. The body subsequently rejected donor transplants.

- The type of chemotherapy played a role. Some were particularly harsh - killing patient tissue to such an extent where multiple organ failure occurred, and serious infections took hold as their weakened immunity was shattered further.

- Age. Younger patients generally fared much better, perhaps due to their immunity being stronger, having spent less time under the onslaught of infection.

In response, the researchers have made several proposals for improving this treatment.

Due to most of the patients having mild to moderate ailments, only those suffering from severe symptoms should undergo this treatment.

However, a balance must be struck. Low dose chemotherapy may not eradicate host bone marrow to the extent required for its reconditioning - the chance of transplant rejection is thus increased. With this in mind, support treatment may be required to neutralize host antibodies and prevent attacks of introduced stem cells.

Finally, due to the relative success seen in younger patients, stem cell transplantation should occur at an early an age as possible. Due to recent advancements in STAT1-GOF diagnosis, early detection is now a very real possibility - hopefully leading to greater success rates, and less suffering for those carrying this potentially devastating mutation. 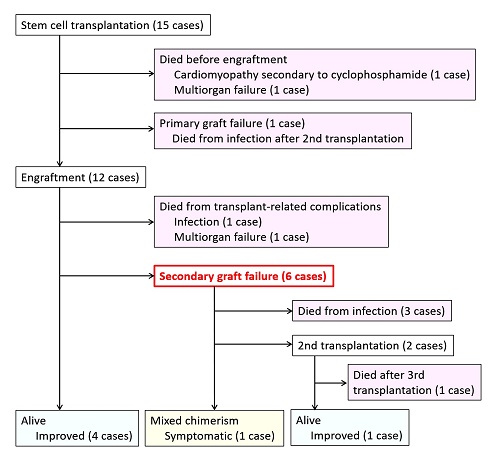 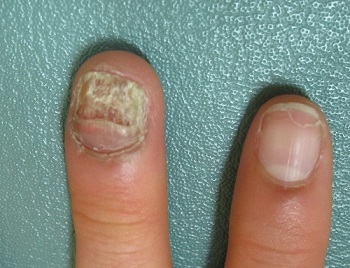 This is one of many phenotypes associated with this potentially lethal mutation.