On July 11, 2017, a delegation from the Consulate-General of China in Osaka, led by Consul General Mr. Li Tianran, visited the Higashi-Hiroshima Campus of Hiroshima University. They had a meeting with HU President Mitsuo Ochi and Executive and Vice President Toshiyuki Sato.

At the meeting, they had an active discussion and exchanged opinions on human resource development in the era of globalization, especially on how to train the younger generation who will take on the future, and the expected role of universities in this matter.

Currently, there are approximately 800 students from China studying in HU. In conjunction with this visit, the delegation also had a social gathering with the Chinese exchange students. 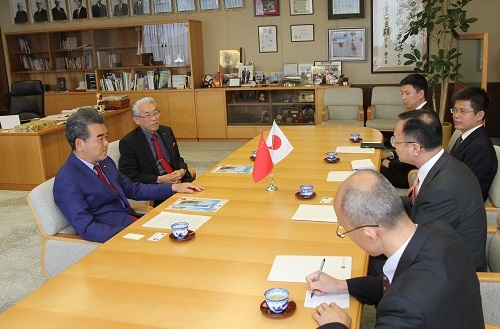 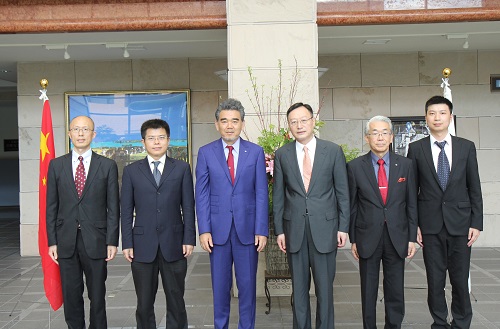