Five groups representing the HUSA Program 2016-2017 (thirty nine students from 30 universities in nineteen countries of North America, South America, Europe, Oceania, and Asia) reported the final outcome of their group projects in the seminar chaired by the associate professor Naomi Tsunematsu of International Center. Five groups have been working on the self-support projects such as “Hiroshima dialect research,” “Preparation for earthquake,” “Information of hospitals in Higashi-hiroshima,” “Part-time work near the campus,” and “Recipe for international students” with support of local bodies since last October.

The seminar was held by inviting the examiners from local industry and city council and received valuable feedback. Professors, graduate students, and research students of Hiroshima University also supported the seminar. Participants were impressed with the international students’ great efforts and their final products such as a beautiful recipe booklet and Hiroshima dialect leaflet. The project results will be fully utilized for international students coming to Hiroshima University. 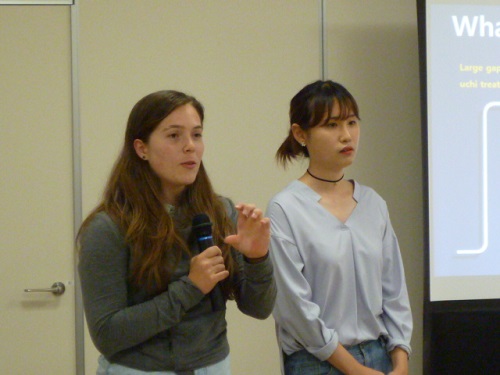 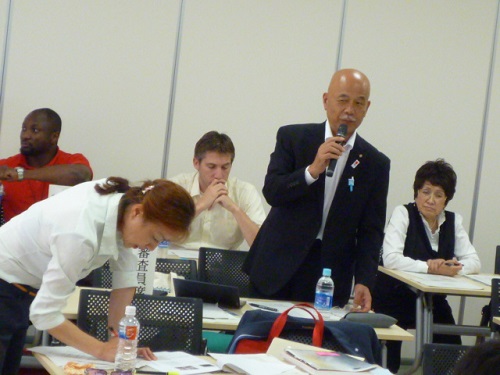 Getting Feedback from Examiners