Along with the 6 Rectors stated above, Rector Chet Chealy from Royal University of Phnom Penh and Rector Saphonn Vonthanak from University of Health Sciences, both of which already are HU’s partners, attended the signing ceremony held at HU Higashi-Hiroshima Campus. In addition, Dr. Nith Bulay, Deputy Director General of Ministry of Education, Youth and Sport, also participated.

After the signing ceremony, they took a tour of the campus and held a joint symposium. It is hoped that academic exchange between HU and universities in Cambodia will continue to develop. 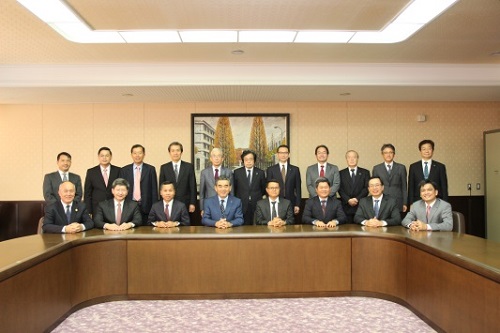