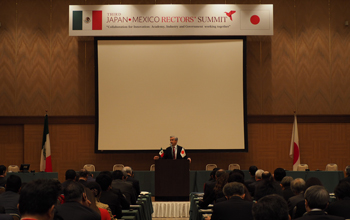 At the summit, President Ochi mentioned the growing importance of international industry-academia-government collaboration between Japan and Mexico as many companies expand their business to overseas markets. He also emphasized the importance of this summit because “There are great expectations for universities to play various roles, such as promoting students and researchers exchange, deepening knowledge through joint research, creating innovation, and nurturing individuals with knowledge and skills sought by companies in both Japan and Mexico.” 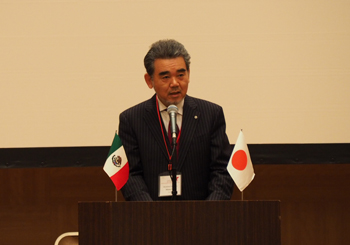 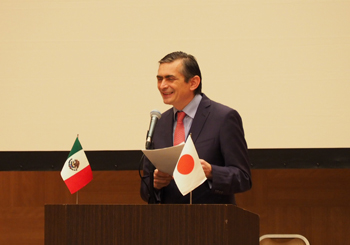 Keynote presentations were made by Mr. Seita Kanai, Representative Director and Chairman of the Board, Mazda Motor Corporation, and Dr. Enrique Luis Graue Wiechers, Rector, UNAM. It was then followed by three sessions.

The summit was held under the theme “Collaboration for Innovation: Academy, Industry and Government working together” to discuss industry-academia-government collaboration, research collaboration, and student exchange, as well as to promote exchange between universities in Japan and Mexico. 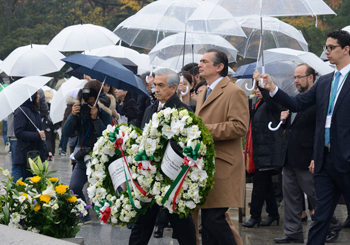