On December 18th 2017, Dr. Li Zhiyao, President of Changchun University, visited the Higashi-Hiroshima Campus of Hiroshima University and had a meeting with HU President Mitsuo Ochi.

So far, HU has promoted exchange with Changchun University through activities such as the Japanese Language and Culture Special Program held in October 2017 in which HU accepted hearing-impaired students from Changchun University, one of its partner universities. During the meeting, both sides agreed to start the negotiation towards implementation of their joint education programs.

It is hoped that exchange between the two universities will flourish. 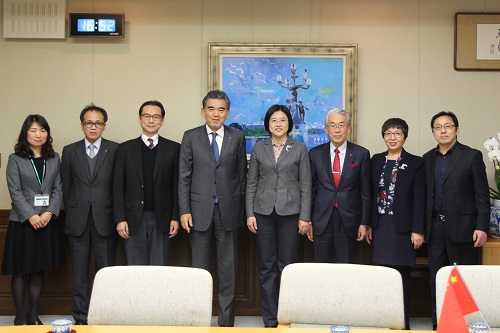