A total of around 100, including the bereaved families and representatives from the university, attended the memorial service.

In the beginning of the service, President Ochi and the representatives from the bereaved family members dedicated the register containing the lists of the 1,999 names of the victims to the cenotaph, and all the participants offered silent prayers for one minute. That was followed by the President’s memorial address in which he promised that all the staff and students at Hiroshima University are determined to make more efforts in order to realize world peace by devoting themselves to education, research, and by contributing to society. Participants of the memorial service made a floral tribute to the cenotaph to console the souls of the victims.

Following the memorial service, flowers were dedicated to the adjacent Monument of the buried remains of the A-bomb victims. 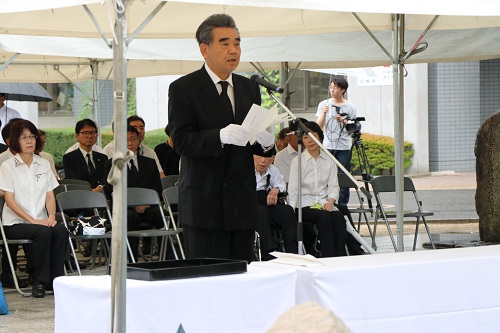 President Ochi offering his condolences to the souls of 1,999 victims 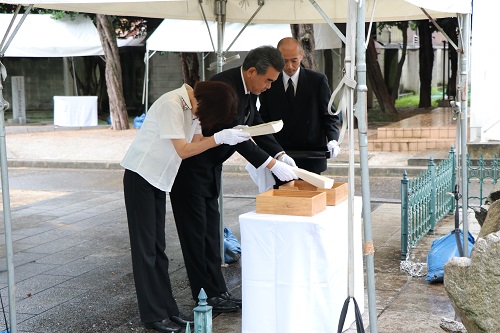 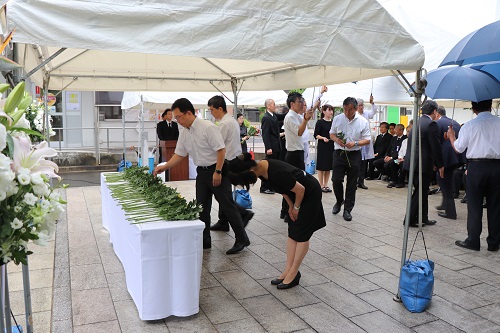 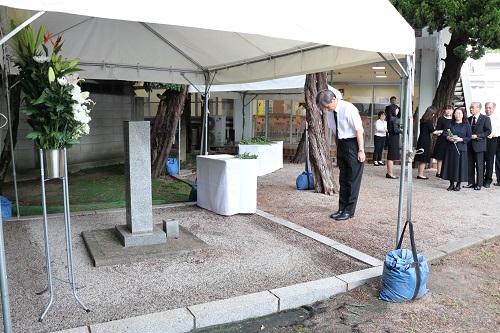 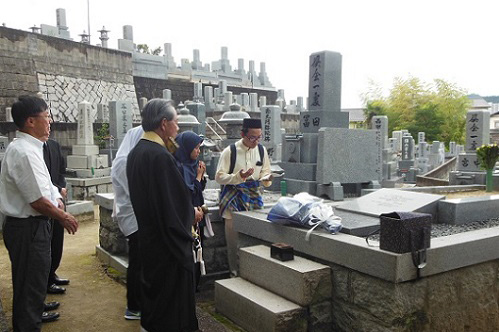