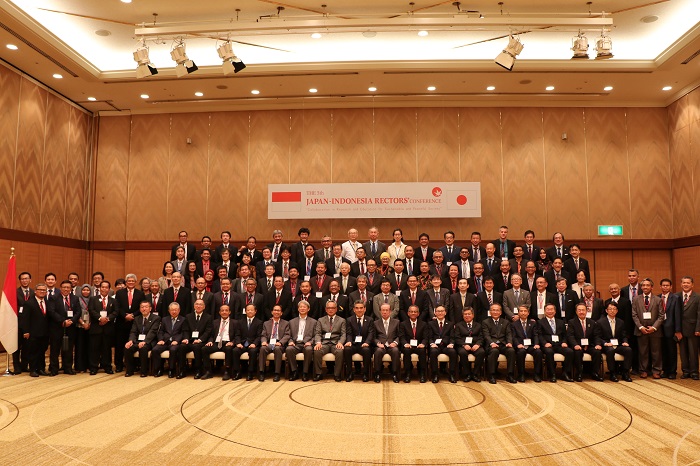 On October 10th and 11th 2019, the 5th Japan-Indonesia Rectors’ Conference was held at Rihga Royal Hotel Hiroshima. A total of about 150 delegates from 32 Japanese universities/institutions and 37 Indonesian universities gathered to the conference venue in Hiroshima city.

The summit was held under the theme “Collaboration in Research and Education for Sustainable and Peaceful Society” to discuss research and education collaboration, as well as to promote exchange between universities in Japan and Indonesia.

At the conference, President Ochi began by referring to the current global situation where the rapid advancement of research into Big Data, Robotics, Artificial Intelligence and Regenerative Medicine are in parallel to the rise of world-wide issues concerning national particularism, social divide, act of terrorism, shortages in energy, food and water, frequent natural disasters caused by extreme weather. He then pointed out that such issues cannot be addressed by one university nor one country, and hence it is essential for Indonesian and Japanese higher education institutions and government to tackle these issues together from the viewpoint of “Peace” and “Sustainability”. He also stressed that what is expected of higher education institutions between the two countries is to fully realize the roles they should play and to live up to their responsibilities by undertaking advanced studies and cultivating talented individuals for future generations.

President Ochi’s speech was followed by the remarks of the following three distinguished guest speakers: Mr. Satonobu Matsunaga (Leader of International Strategy Team at Higher Education Bureau of MEXT); Mr. Mirza Nurhidayat (Consul General of the Consulate General of the Republic of Indonesia in Osaka) ; and Prof. Ismunandar (Director General for Learning and Student Affairs at the Ministry of Research, Technology, and Higher Education in Indonesia). After these remarks came a keynote speech by former prime minister of Japan, Yasuo Fukuda, who pointed out, “The development of Asian countries would not be possible without achieving their political stability.” and “For achieving that, we also need to put a priority on cultivating talented individuals in the region.” 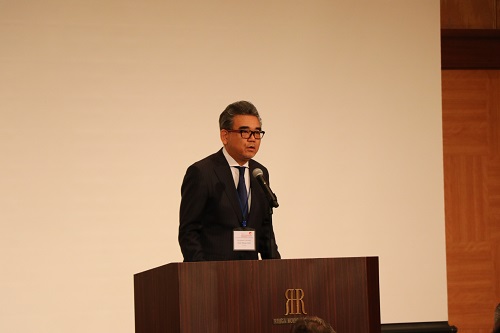 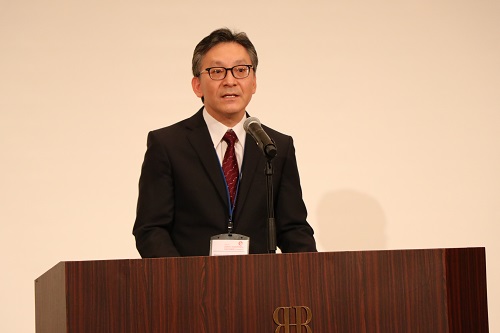 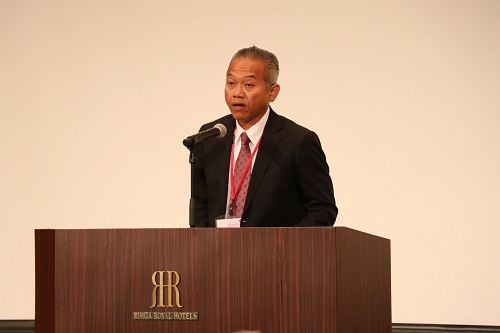 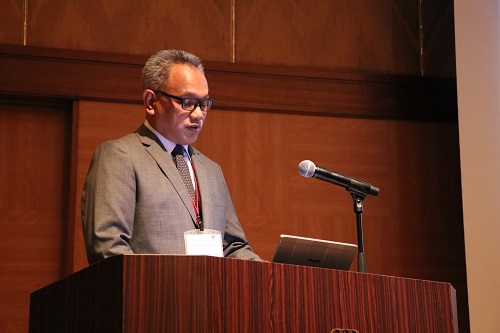 Professor Ismunandar
(Director General for Learning and Student Affairs at the Ministry of Research, Technology, and Higher Education in Indonesia) 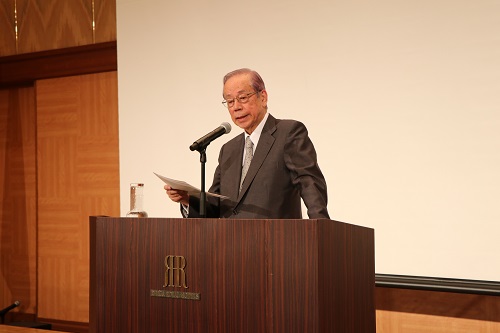 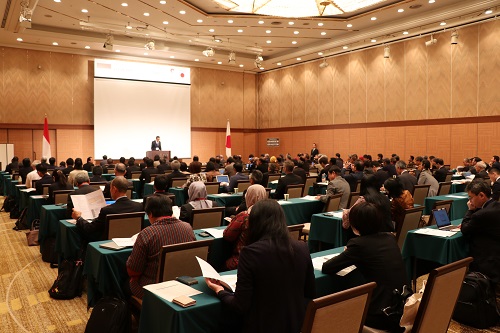