On October 29th 2019, President Mitsuo Ochi and Executive Vice President Toshiyuki Sato paid a visit to Karolinska Institutet in Stockholm, the capital city of Sweden, and had a discussion with President Ole Petter Ottersen.

Karolinska Institutet is one of the top reputed educational research institutes in Europe specializing in medicine. In 2008, our Graduate School of Biomedical & Health Sciences and the Karolinska Institutet’s Department of Molecular Medicine and Surgery concluded a departmental agreement, and have promoted academic exchange since then. 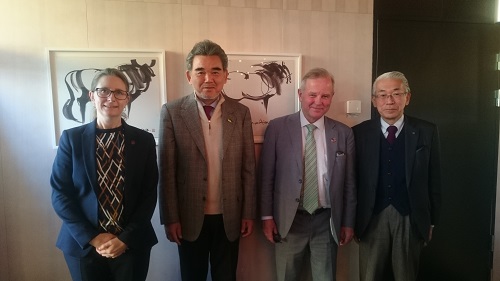