A mission to cultivate midwifery leaders

What started as an immersion trip for her Ph.D. degree ended up as a catalyst that sparked a dedication towards improving prenatal care quality in Tanzania and mentoring emerging midwifery leaders. 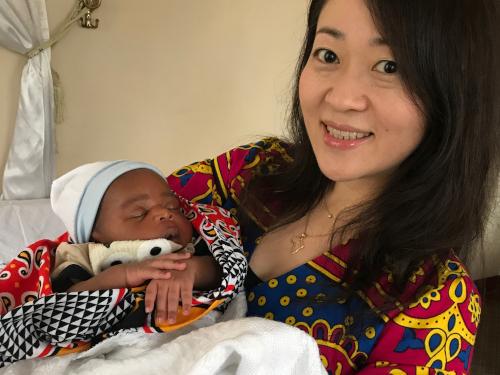 In 2020, Hiroshima University Professor Yoko Shimpuku was recognized as one of the world’s 100 Outstanding Women Nurses and Midwives. As a professor at HU’s Graduate School of Biomedical and Health Sciences, Shimpuku teaches health promotion, research method, global health and nursing, child and maternal health, and reproductive health issues.

Professor Yoko Shimpuku was beaming as she shared one of the most unforgettable memories she had in Tanzania.

“So, one of my students became the chief midwife in one hospital in Zanzibar,” she said.

They were revisiting a hospital where some of the best practices in midwifery had been set in place. Years before, when she went there, hygiene and sanitation were a concern.

“I didn’t know she was there. But when I visited the hospital, I found out that my student was there. And she said, ‘Whoa! Teacher! How are you?’ And she took us to the maternity ward and explained how she tried to change the condition and try to improve the situation of maternal and child care.”

Her former student was one of the around 60 who graduated since she established in 2014 the first midwifery master’s program in Tanzania. It was one of her notable achievements cited when she was honored as one of the world’s 100 Outstanding Women Nurses and Midwives by the World Health Organization.

Shimpuku’s journey to doing groundbreaking work in Tanzania would’ve been unlikely if not for an invite in 2007 from her Ph.D. professor at the University of Illinois at Chicago. Keen on developing a multidisciplinary viewpoint — a mindset that would later lead her to app development — she took an anthropology course on breastfeeding and human development outside of her nursing degree. At the end of the course, her professor asked if she has anything planned for the summer.

“She was doing a lot of research work in Africa. And she was starting a maternal child health project in Tanzania. And she knew my background as a midwife, so she just asked me to go with her,” Shimpuku said. The following year she packed her bags and headed to the East African nation.

Placing women’s voices at the center 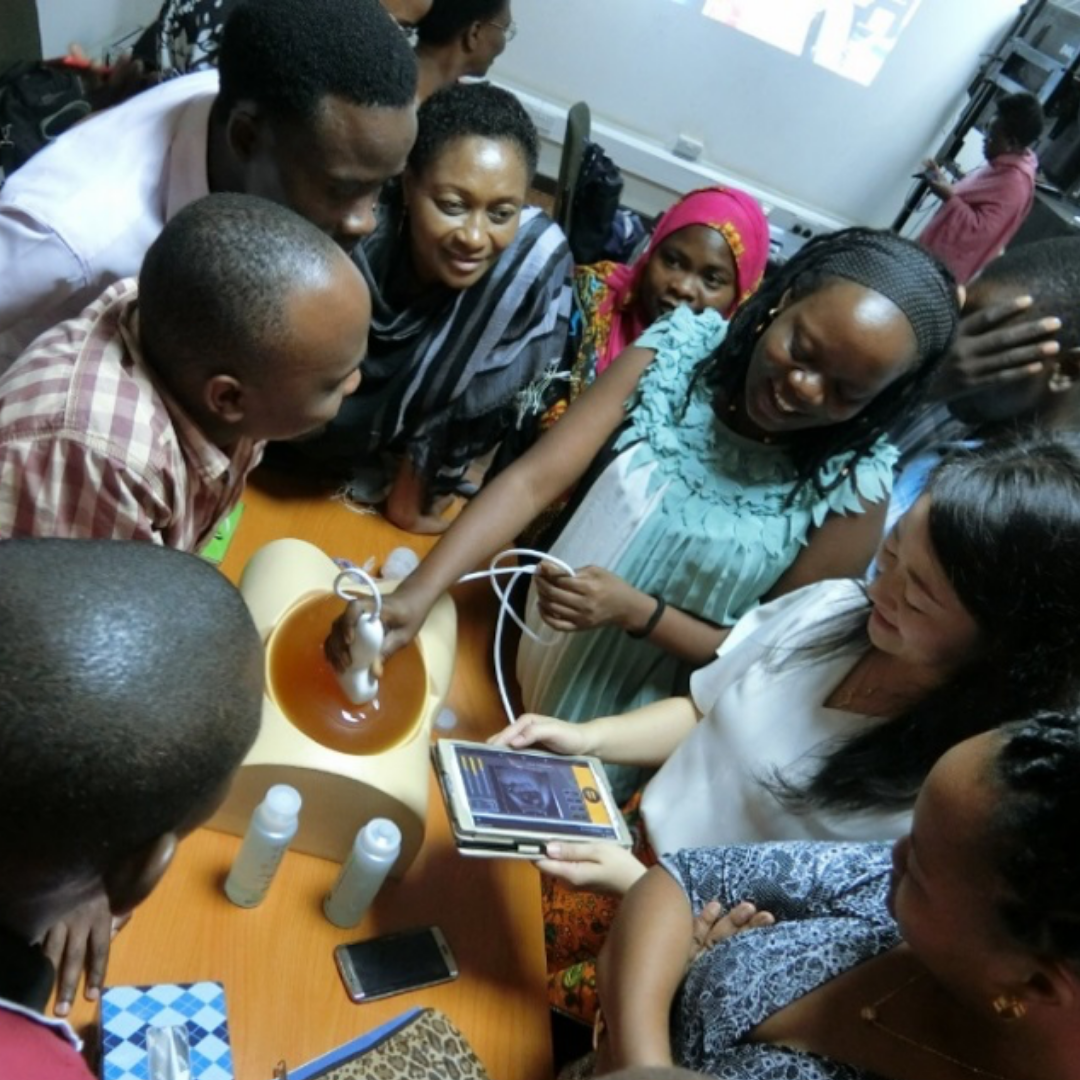 Professor Yoko Shimpuku surrounded by students in her master's class in Tanzania.

Her trip has opened her to experiences different from what she was used to. At one hospital, the maternity ward was desperately short-staffed that it was a struggle to try to handle the multiple deliveries that were happening simultaneously.

“There was a long queue, and there were women having babies at the same time — and sometimes without a midwife. To me, it was very much chaos in that hospital, and I was shocked and surprised,” she said.

She saw how chaotic situations could delay treatment and end up in mothers’ and babies’ deaths from totally preventable causes. So right away, she began work researching how maternal and infant mortality rates could be reduced in the country and made sure that her study would place women’s voices at its core.

“I was really interested in how the women are feeling when they’re having a baby there,” she said.

“There are some articles about why women are not coming to the hospital, their experiences like transportation and money, and all that stuff. But I was more interested in how they felt about the birth they had in that chaotic hospital, so we can use that information to improve the condition and suggest policies,” she said.

Effecting change from the inside

Shimpuku went back to the US, and in 2010 finished her Ph.D. She was hoping to head back to Africa to hit the ground running. She knew that to improve the situation on the ground, one of the things needed was to cultivate local midwife leaders.

“We agreed to start a master’s program, and it needed to be free. So that we can develop needed leaders who can work in the Ministry of Health or who can work in the university as a teacher or researcher, those kinds of leadership were needed to increase the number and quality of midwives in Tanzania,” she said.

She partnered with Muhimbili University of Health and Allied Sciences, where she established the pioneering master’s program for midwives in the country. They received governmental funding from Japan for the project in 2011.

Shimpuku believes that midwives can enact significant changes that could improve their working conditions once in leadership positions.

“In Tanzania, nurses and midwives are paid less, and they are working very hard in very low-quality working conditions. So, they have two jobs. In their regular work, some fall asleep because they have a night shift at a private hospital and then go to a national hospital,” she said.

“First, we need to change the policy and the working environment so they can provide more proper care to the patients.” 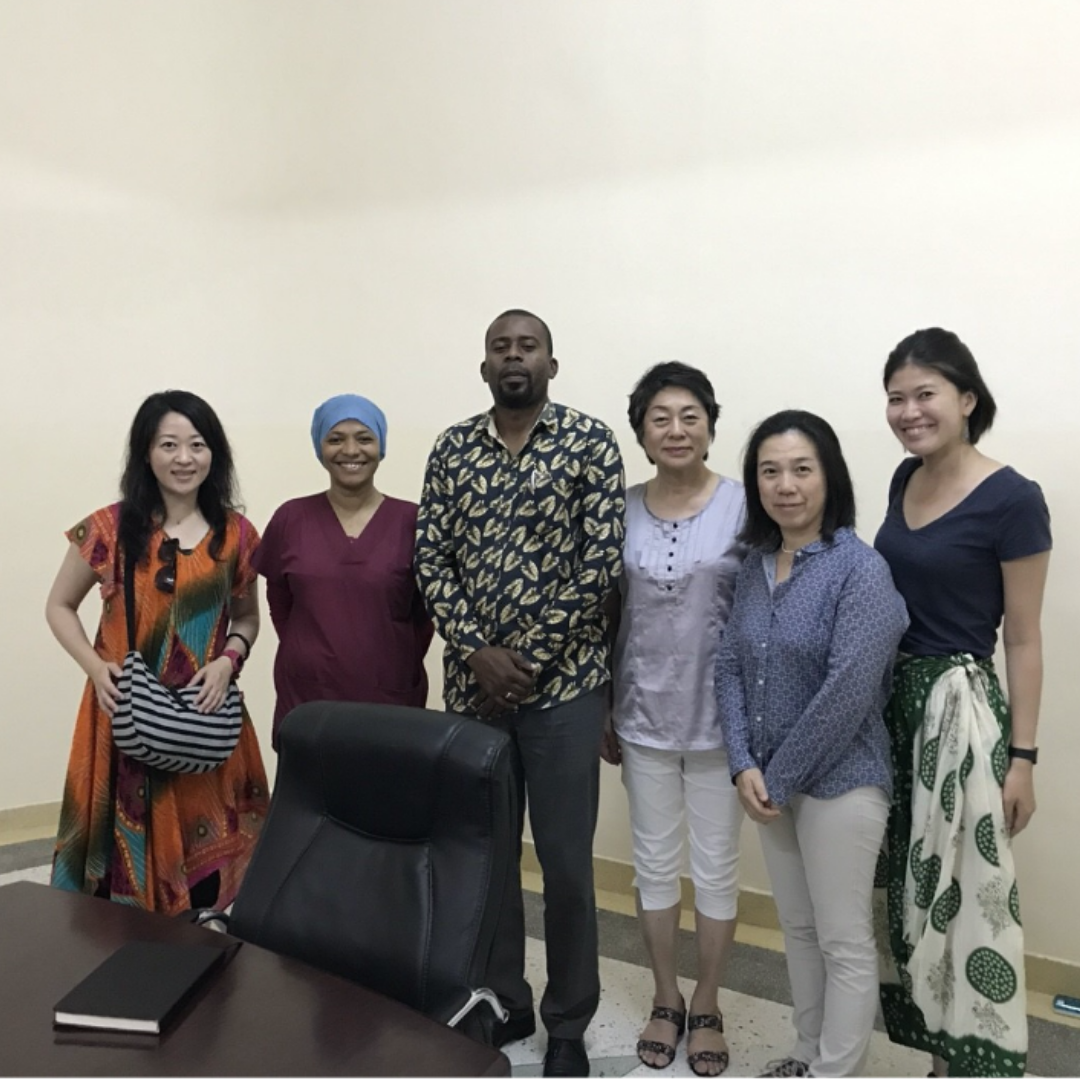 Professor Shimpuku with her former master's student during a hospital visit in Zanzibar. Her student became the hospital's chief midwife. 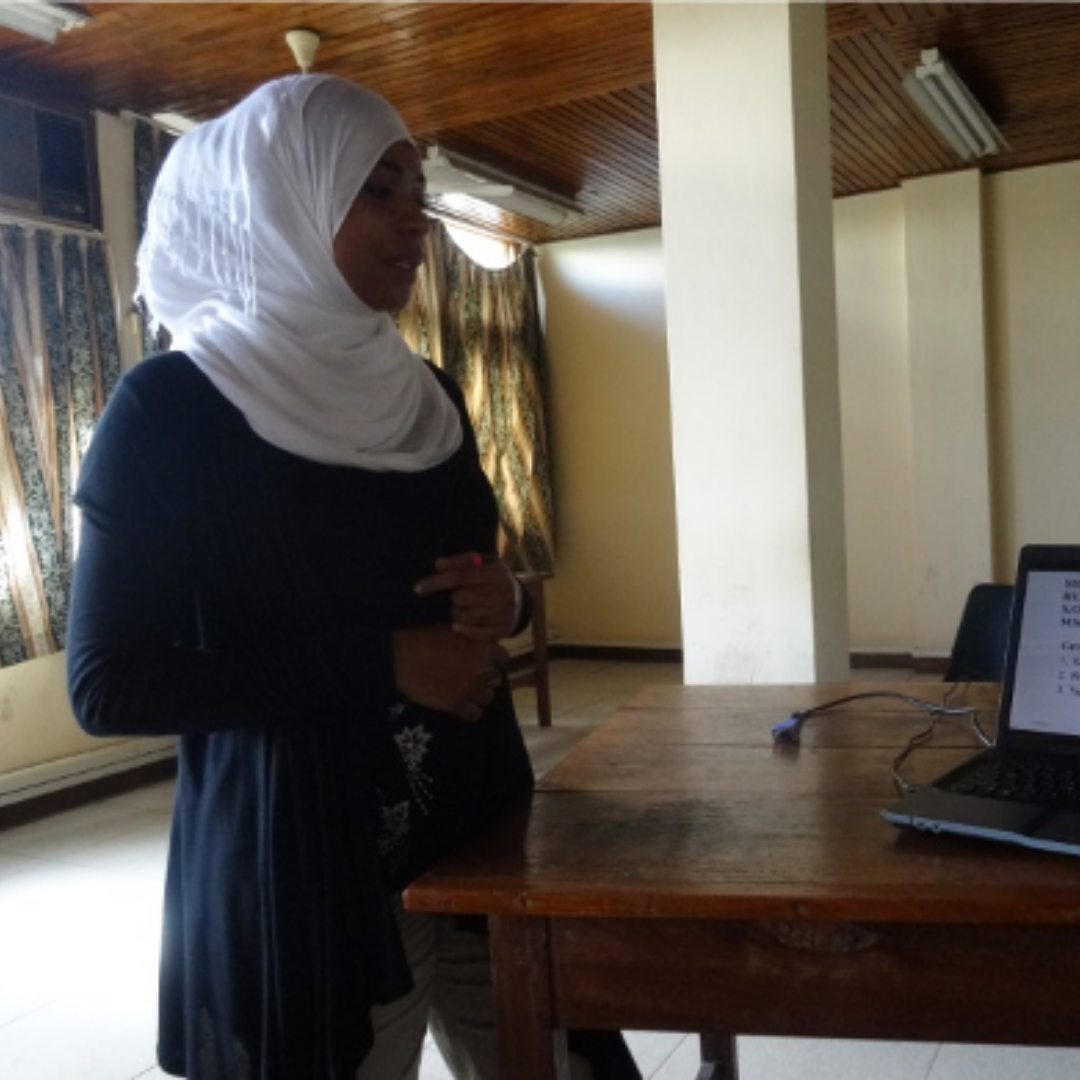 The chief midwife presenting a study when she was still a student in Professor Shimpuku's master's class.

Shimpuku continues to do capacity-building work with midwives in Tanzania, most recently developing an app to bridge the knowledge gap and enable local access to up-to-date global health policies and the UN Sustainable Development Goals.

“When I go to international conferences, they talk about SDGs and how midwives can contribute to improving those kinds of global goals. But in reality, when you go to the field in Tanzania, midwives usually don’t know what the SDG is. Or no midwife knows about global policy or new World Health Organization guidelines,” she said.

This realization fueled her idea for an app that could provide midwives with the latest WHO pregnancy and birth guidelines so they could update local midwifery practices or align policies with SDG targets.

“My work is based on the new WHO guidelines, which were published in 2016 and 2018. Those guidelines the revision before was in 1996. So, there are lots of things to be updated. For example, they are giving unnecessary care to the mothers, or sometimes their ways to make assessments are different from an updated way,” she said.

But she admitted that guidelines could get too technical, and there may be issues with localizing the information. For example, instructions on how many milligrams of iron pregnant women should take can get confusing.

“In the field, they’ll say, ‘From what? 60 milligram is like how many kilograms of meat?’ It is not easy to learn how they can apply this knowledge into practice. So, in my app, I explained all the details, including how you can teach mothers using locally available food.”

The app was a product of collaboration between various disciplines — engineering and health care — something that Shimpuku said can lead to fantastic innovation.

“Otherwise, in universities, we are very much in a silo. We don’t really talk to other departments, especially in the time of COVID-19. It’s important to learn how they are doing in literature or engineering or biology or chemistry.” 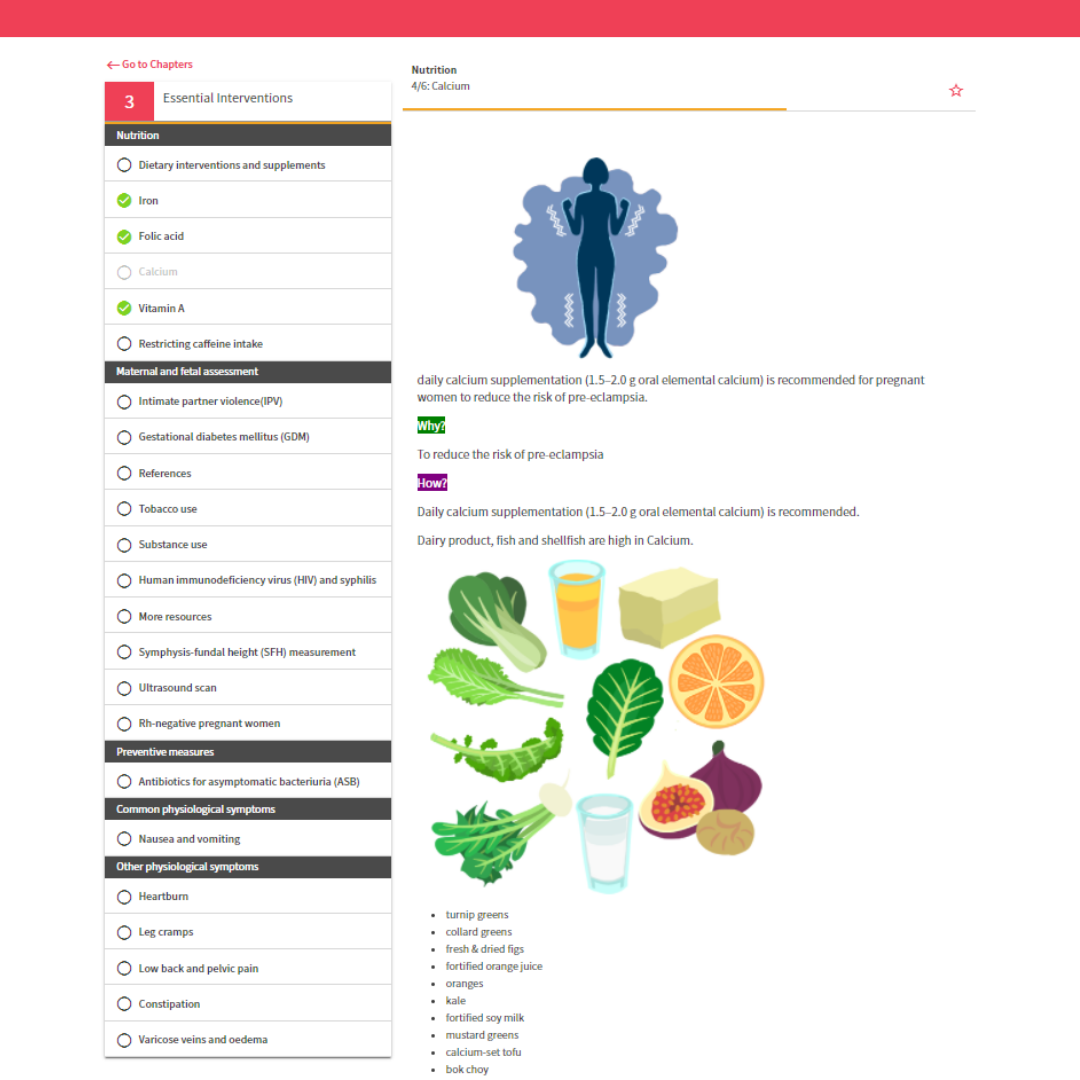 Inside the app. Details on the required daily calcium intake for pregnant women, an explanation of why it is important, and a list of local food items that can provide the nutrient. 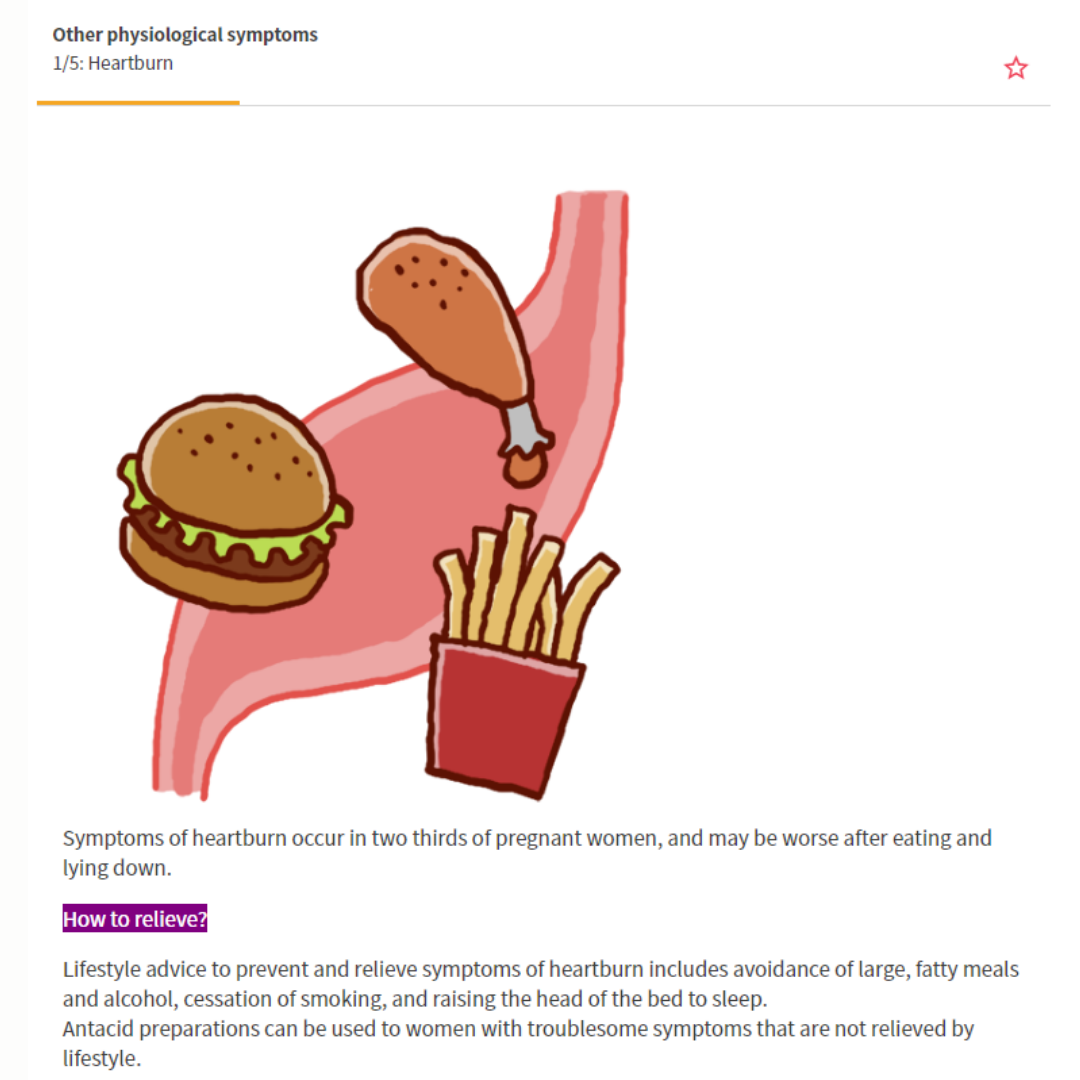 The pandemic and her pregnancy put a halt in her usual back-and-forth travel between Japan and Tanzania.

“I cannot travel right now. I have to stay in Japan. And after having a baby, I also have less capacity to go to Tanzania. But now I have Ph.D. students, and I also have incoming master’s students who are also interested in this kind of research,” she said.

“So, if things will be okay, if COVID-19 will be okay, I’ll try to send the younger generation to Tanzania so that I can continue my research and education there. Plus, they can develop their own study there.”

Shimpuku had already established a program with the Japan International Cooperation Agency to send master’s students from Japan to Tanzania as JICA volunteers for up to two years. One of her students who participated in the program was assigned to Muhimbili National Hospital’s maternity ward.

“When I traveled to Tanzania, it was a few months after she went to Tanzania, I was having some lunch in the hospital canteen, and I was sitting next to one Tanzanian woman, and she was talking to me. She was telling me, ‘I saw somebody who looks like you in the maternity ward,’” she said.

The woman told her about her incredible experience when she had her baby at the hospital. The girl, who she said looks like Shimpuku, attended to her and comforted her when she was in pain during childbirth.

“And I knew she was my student because there were only two Asian-looking women in the hospital that time. So I was so exceedingly happy that my student — she struggled with limited Swahili language skills — but the care she provided actually conveyed her caring emotion that the patient really appreciated.”

Shimpuku is happy knowing that her daughter will be growing up in a world where life has been made much better for other mothers and their newborns.