A new study monitored satellite images to obtain seawater discoloration data as a novel indicator in detecting if an underwater volcano’s eruption is imminent. 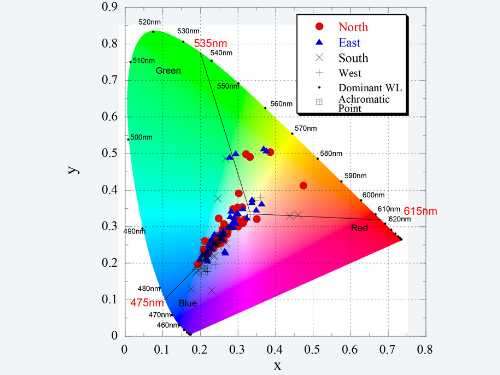 This image illustrates the colorimetric data of discolored seawater in four directions (north, east, south, and west) around Nishinoshima Island in 2020. The study investigated the color characteristics of the water to validate if the data obtained by SGLI accurately captures the actual conditions of the discolored seawater. It detected significant fluctuations in the distribution of chemicals in Nishinoshima Island, estimated from SGLI data, about one month even before the volcano became active. (Photo courtesy of Yuji Sakuno)

A new study suggests seawater discoloration data obtained from satellite images as a novel criterion in predicting if eruption looms for an underwater volcano.

There have been frequent eruptions of submarine volcanoes in recent years. The past two years alone recorded the explosions of Anak Krakatau in Indonesia, White Island in New Zealand, and Nishinoshima Island in Japan. Observing signs of volcanic unrest is crucial in providing life-saving information and ensuring that air and maritime travel are safe in the area.

Although predicting when a volcano will erupt can be difficult as each behaves differently, scientists are on the lookout for these telltale signs: heightened seismic activity, expansion of magma pools, increases in volcanic gas release, and temperature rises.

“This is an extremely challenging research result for predicting volcanic disasters that have frequently occurred in various parts of the world in recent years using a new index called seawater color,” Sakuno said.

“I was the first in the world to propose the relationship between the seawater color information obtained from satellites and the chemical composition around submarine volcanoes.”

The findings of the study are published in the April 2021 issue of the journal Water. 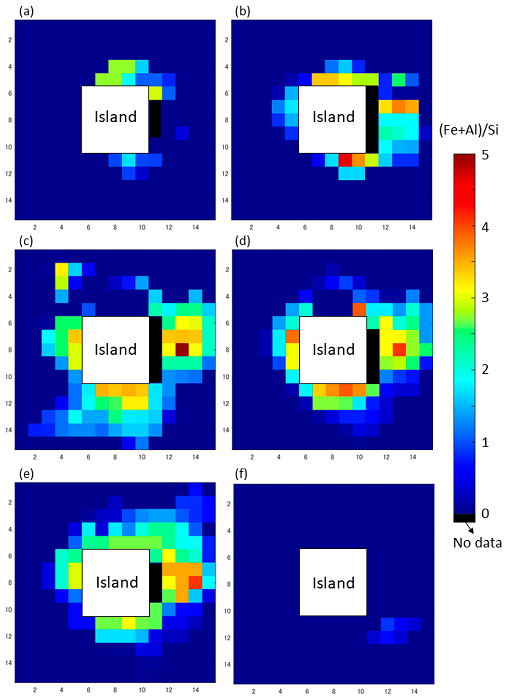 Sakuno explained that volcanoes release chemicals depending on their activity, and these can change the color of the surrounding seawater. A higher proportion of iron can cause a yellow or brown discoloration, while increased aluminum or silicon can stain the water with white splotches.

One problem, however, is that sunlight can also play tricks on seawater color. The study looked at how past research that chromatically analyzed hot spring water overcame this hurdle and fixed brightness issues. A relational model between seawater color and chemical composition was developed using the XYZ colorimetric system.

Using the new indicator, Sakuno checked satellite data from January to December 2020 and was able to pick up signs of looming volcanic unrest in Nishinoshima Island approximately a month before it even started.

“In the future, I would like to establish a system that can predict volcanic eruptions with higher accuracy in cooperation with the Japan Aerospace Exploration Agency (JAXA), the Maritime Security Agency, which is monitoring submarine volcanoes, and related research,” he said.