Chemical clues to the death of massive stars 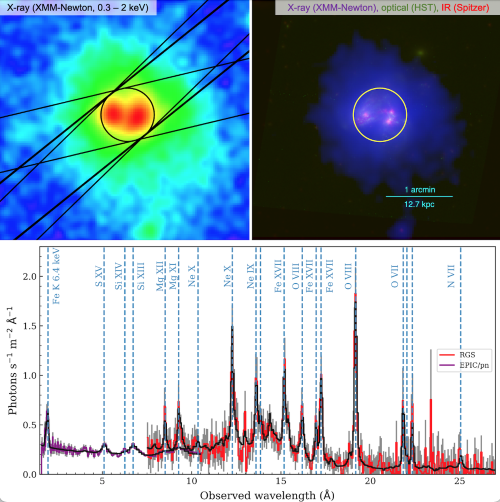 The Universe has countless stars, which come in different masses. The most common ones are the low-mass stars, including our Sun. Massive stars refer to those whose mass is more than eight times the mass of the Sun. The life of low-mass stars is quite long. For instance, our Sun can live for 10 billion years. However, massive stars can only live up to tens of millions of years. Some of these massive stars will have a splendid death. They can explode as core-collapse supernovae, which can outshine their entire galaxy. More than 2000 years ago (in the Han Dynasty), ancient Chinese astronomers kept records of the earliest supernovae observed with naked eyes by humankind.

Supernova events are rare in our galaxy due to the low star formation rate of the Milky Way. That is to say, there are not many baby stars born every year.

Supernovae release not only a massive amount of photons (energy) but also a large number of elements (matter), such as oxygen, neon, magnesium, and iron. The relative amount of different elements is quite sensitive to the population of massive stars that die as core-collapse supernovae.

What happens to those massive stars, then? They might end their life as black holes with no matter escaping from it or less energetic supernovae that release a little matter. The research team also points out that it is also possible that current theoretical predictions of the elements released through core-collapse supernovae are underestimated.