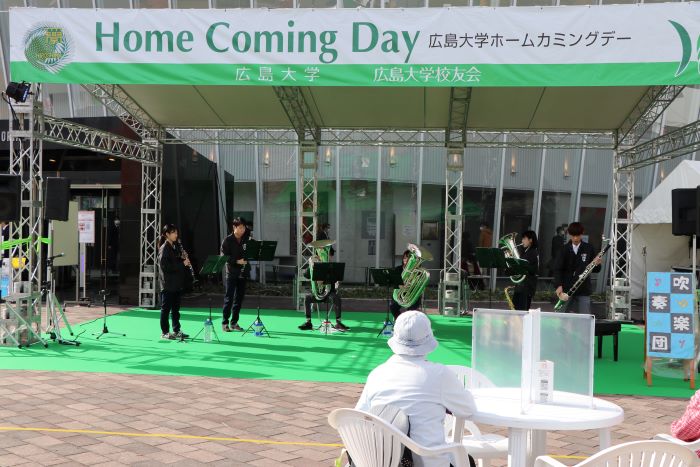 Same as last year’s, the event was again held at the university with measures in place such as wearing masks to prevent the spread of the novel coronavirus. Many alumni and the public visited the campus as autumn was deepening.

The opening ceremony, held at the Satake Memorial Hall, began with a speech by President Mitsuo Ochi. It was followed by an award ceremony, a string concert by faculty and students of the Music and Culture Course in the School of Education, and then a lecture and a special discussion.

Ms. Keiko Horikawa, a non-fiction writer and graduate of the School of Integrated Arts and Sciences, gave a lecture titled “War and Peace Learned in Hiroshima.” During the lecture, she traced her interviews for her recent book “Ujina at Dawn: The Hiroshima of Army Ship Commanders.” She stressed that to answer why the atomic bomb had to be dropped on Hiroshima, it is necessary to look at the city from the perspective of modern history as it was the Army’s largest naval base. She recalled that her current work is based on her time in Hiroshima.

Next, Dr. Kana Maruta, an obstetrician-gynecologist and TV personality, and Dr. Junko Tanaka, executive vice president of Hiroshima University, had a conversation on the theme of “Looking back at the novel coronavirus in 2021 - from the perspective of medical care and women’s activities.” They discussed what they learned as medical professionals in the wake of the pandemic and the importance of the media. The opening ceremony and lectures were broadcast in real-time on YouTube.

Around the Satake Memorial Hall, a stage and several booths were set up. Specialties and popular gourmet food from cities and towns in Hiroshima Prefecture and Fukushima Prefecture, with which the university has cooperation agreements, were on offer. On the stage, student performances and other activities added to the mood of the event. Research facilities and museums and exhibitions, and events planned by each faculty were open to the public.

At the Phoenix International Center, MIRAI CREA, which opened on October 27, a social gathering was held for the first time in two years, and participants had the opportunity to interact with each other. Also, a sapling of a second-generation A-bombed jujube tree was planted to pray for peace.

In addition, at the annual “Hiroshima University Community Roundtable” for parents, about 200 people listened attentively to a lecture by the president and introductory presentations on the university by alumni and graduate students. Afterward, there was a lively exchange of opinions between the participants and the university’s faculty, staff, alumni, and graduate students.

The University Festival was held with a reservation system, limiting the number of participants to those enrolled on campus (students, faculty, and staff) and their family members living with them. The students entertained the visitors with their original and creative events such as live comedy performances on stage, unique booths, and indoor and outdoor events. 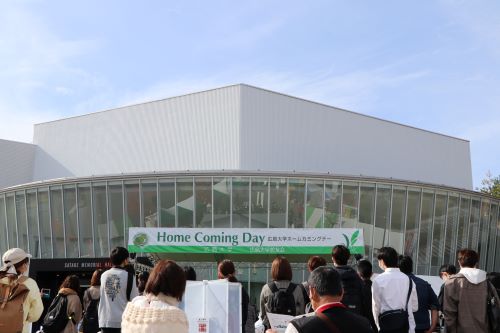 In front of the Homecoming Plaza (main venue) 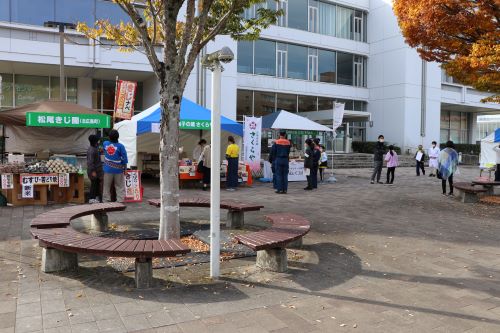 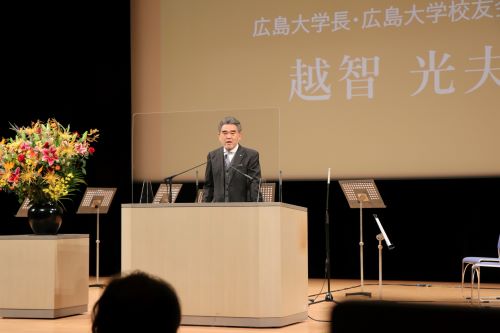 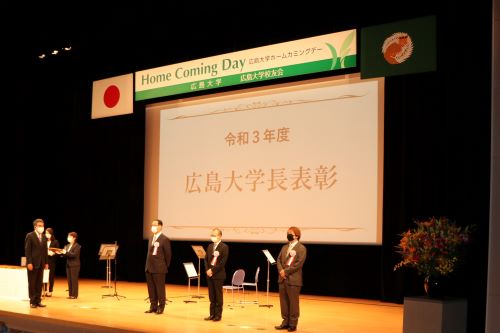 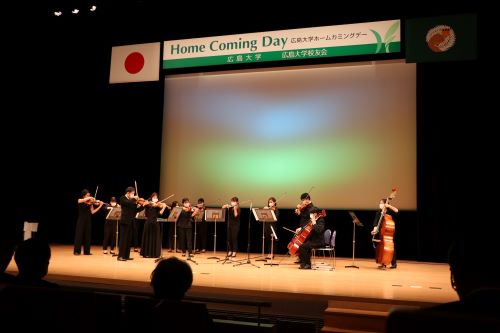 Welcome concert by the string laboratory 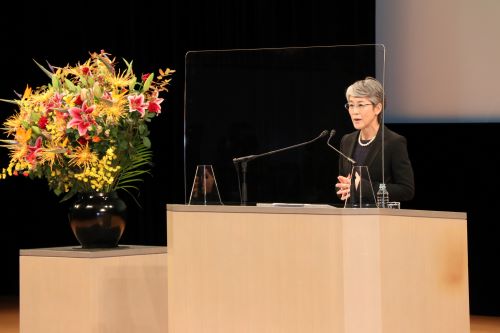 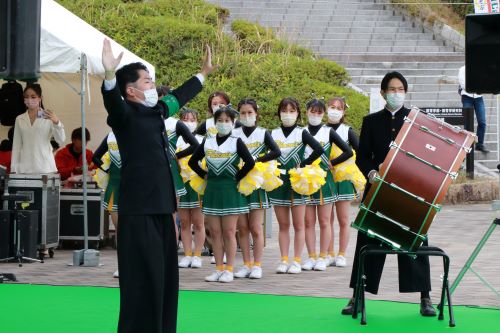 Cheering squad and other groups perform on a special stage 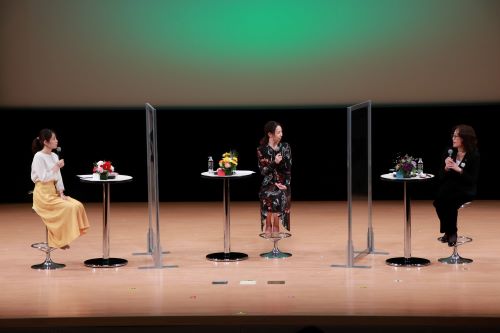 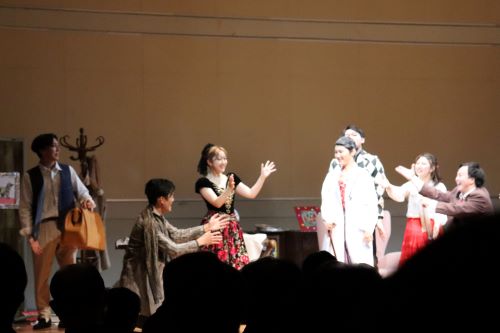 Opera performance by the School of Education 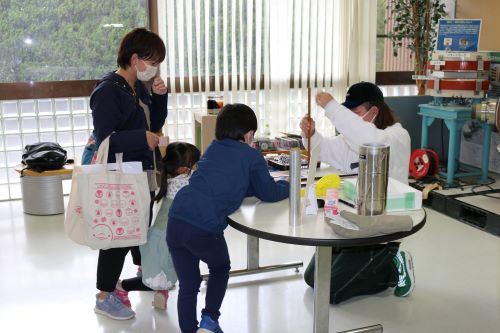 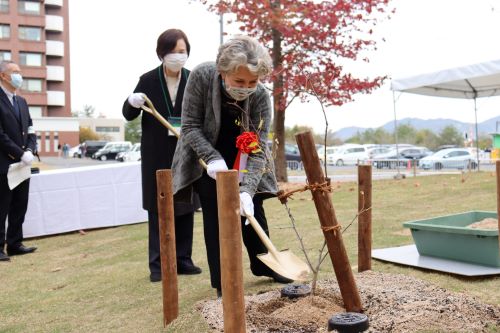 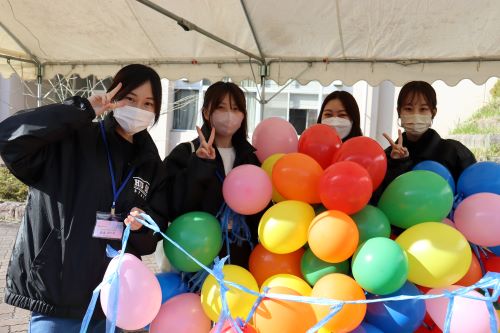