Hiroshima University produced the most number of company presidents among universities in Japan's Chugoku region, according to the 2021 Chugoku version of the "University of Origin of Company Presidents" ranking released by the Hiroshima branch of the Tokyo Shoko Research.

The university was ranked 33rd in the nationwide ranking and 8th among national universities.

The Chugoku version of the "University of Origin of Company Presidents" ranking is based on information extracted by Tokyo Shoko Research from its corporate database on the representatives of approximately 200,000 companies headquartered in the region. Meanwhile, the national version of the ranking was extracted from information on representatives of roughly four million companies. The universities where company presidents graduated from were calculated for each prefecture.

In the national ranking, the number of presidents from HU was at 1,816, putting it at 33rd place in Japan. HU is up from 34th place the previous year. Furthermore, among the top 100 universities (excluding medical and dental universities) that produced the most number of company presidents, HU ranked second in Japan (46.71%) and the top among national universities in the "achievement of increased profits" ranking, which compares the sales and net income of the companies in the last two fiscal years.

Universities by number of company presidents among alumni 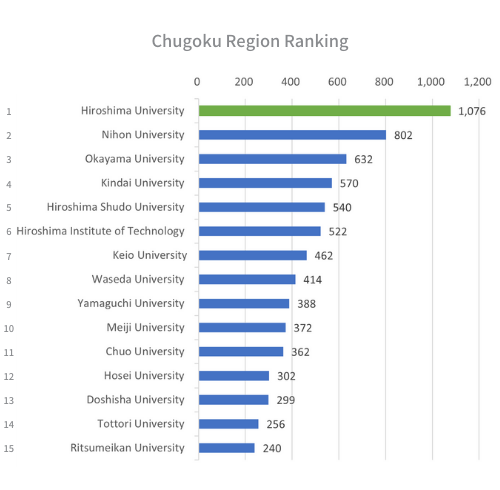 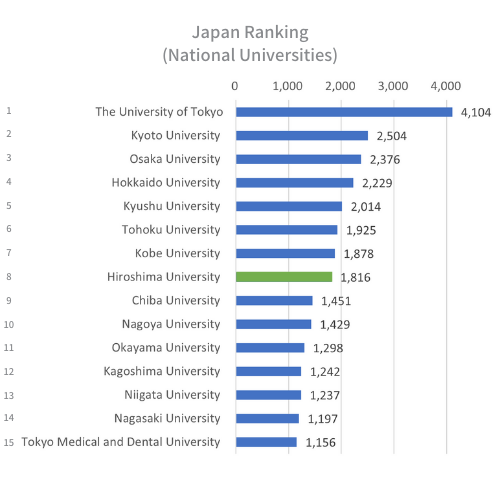 According to Tokyo Shoko Research, Ltd.