On June 8th, 2022, H.E. Mr. Sabr S. Yessimbekov, Ambassador Extraordinary and Plenipotentiary of the Republic of Kazakhstan to Japan, paid a courtesy call to the Higashi-Hiroshima Campus of Hiroshima University (HU) and engaged in discussion with HU President Mitsuo Ochi. The meeting was also attended by Executive Vice President in charge of Global Initiatives, Shinji Kaneko, and Executive Vice President of Kasumi Campus, Faculty Personnel and Public Relations, Junko Tanaka.

During the meeting, opinions were shared on the possibility of joint research between HU and oncology centers in Kazakhstan. Prior to the meeting, a visit was made to HU’s Amphibian Research Center.

HU’s exchange with higher educational institutions in Kazakhstan began in 2001 with an agreement with the Regional Oncological Dispensary of Semipalatinsk City, and to date, six inter-university agreements have been concluded.

Going forward, we hope to further the collaboration with universities and research institutions in Kazakhstan. 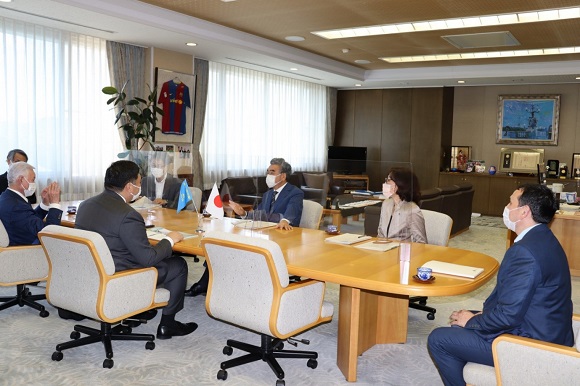 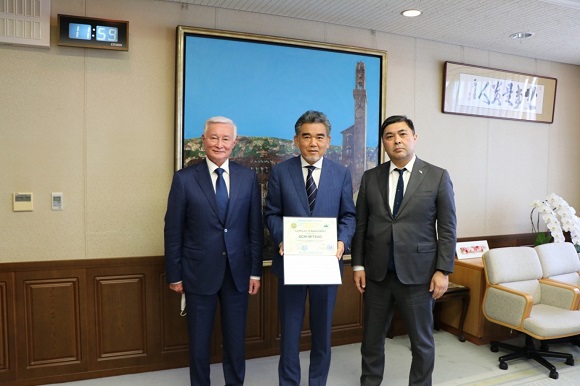