Research shows that natural catastrophes may trigger or exacerbate attacks of incapacitating migraine in disaster victims. 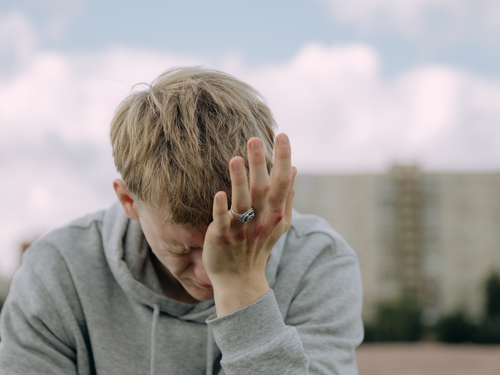 A study by Japanese researchers suggests that natural disasters are a risk factor for acute migraine attacks. They argued for a need to better understand how disaster-related diseases unfold as the world experiences an increase in the frequency and intensity of natural catastrophes. (Pexels)

Japanese researchers monitored the National Database of Health Insurance Claims a year before and after the 2018 Japan floods and found a rise in prescriptions for acute bouts of migraine among victims in the hardest hit southwestern prefectures, suggesting that the frequency and severity of attacks of this debilitating neurological disease increase after a natural disaster.

Acute migraine attacks can be triggered by sleep disturbance and psychological stress, a tremendous amount of which are likely to be experienced when a natural catastrophe strikes.

“Natural disasters have some negative impacts on the mental health of affected people, such as posttraumatic stress disorder, depression, and sleep disturbance,” the researchers said in their study published in the journal Headache.

“These disaster-related mental disorders often lead to various physical consequences such as cardiovascular diseases and peptic ulcer disease, because these physical conditions are strongly associated with mental health.”

The researchers conducted a retrospective longitudinal cohort study and looked at triptan and ergotamine prescriptions — medications for acute migraine — entered in the National Database of Health Insurance Claims. For the study, the researchers focused on people aged 15 to 64 who were located in the hardest-hit areas a year before and after the 2018 Japan floods, one of the country’s largest water disasters. Those who had a victim code certificated by a local government were assigned to the victim group while others were designated to the nonvictim group.

The findings showed that among the people enrolled in the study, some 3,447,356 had no previous treatment for acute migraine — 15,933 of them were in the victim group while 3,431,423 were in the nonvictim group.

“The 2018 Japan floods, the second largest disaster of this century in Japan, increased the number of prescriptions for acute migraine medications among victims. The study suggests that a natural disaster caused or exacerbated acute migraine attacks among victims,” said study co-author Masatoshi Matsumoto, a professor from the Department of Community-based Medical System at Hiroshima University’s Graduate School of Biomedical and Health Sciences.

“A natural disaster is a risk factor for acute migraine attacks,” he said.

Meanwhile, among those with pre-existing acute migraine episodes, the researchers found that more victims than nonvictims experienced a double or greater increase in the mean number of acute treatment tablets per month after the disaster.

With their findings, Matsumoto advocated for acute migraine medications to be supplied in sufficient amounts in affected areas after the disaster

“Physicians should educate patients with migraine about how to handle migraine attacks during a natural disaster,” he added.

The researchers said that further prospective studies that include patients with a definitive diagnosis of migraine should be performed to confirm their results.