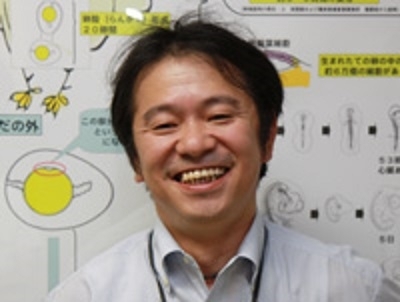 In this edition of Research NOW, we interviewed Assistant Professor Hiroyuki Horiuchi of the Department of Molecular and Applied Biosciences, Graduate School of Biosphere Sciences.

In one year, a single chicken lays around 300 eggs. In Japan in particular, the poultry is thriving with a 90% self-sufficiency rate in eggs and Japanese people being among the top egg consumers in the world. It can be said that eggs are an essential food to the Japanese dietary lifestyle. On the other hand, eggs are also the largest cause of food allergies in Japanese people and egg allergies are cropping up especially in younger age groups (0-19 years old).

The biggest cause of egg allergies is a protein found within the egg white called “ovomucoid.” Assistant Professor Horiuchi, together with the government and businesses, has created a technology which allows for the development of low-allergy eggs which do not contain ovomucoid, and if this technology is able to be applied to food production and medicine in the future, it has the possibility to help develop numerous products such as processed foods which those with egg allergies can safely enjoy, and influenza shots which can be safely administered.

It Started off as Just a Coincidence

The development of low-allergy egg technology was made a reality through know-how acquired from years and years of previous research. Assistant Professor Horiuchi’s specialization is immunobiology and he uses chickens as an experimental model to further understand the immune functions of animals. In 1996, the professor began researching cytokines in chickens. Cytokines are proteins which are secreted by cells in animals when an immunoreaction occurs. They carry out physiological functions such as anti-virus functions through attaching itself to targeted cells, and increasing the production of antibodies. The professor, focused on this quality, analyzed chicken cytokine and thought that perhaps this could be used to produce useful antibodies in humans. This thought led him to research the genetic information for cytokine and after many years of research, he happened to discover the LIF* gene. 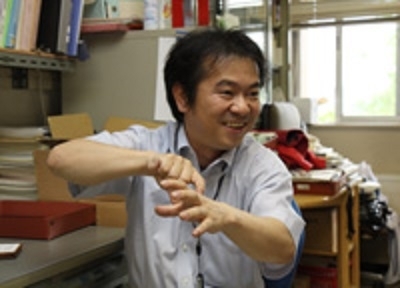 Gene information is expansive, which makes researching it quite the task. The professor was so devoted to the task that he even dreamed about it.

The Development into Genetically Modified Engineering

The professor discovered LIF in chickens for the first time in the world (*1). LIF is a protein which inhibits the specialization of ES cells (*2). By cultivating ES cells using LIF, it’s possible to increase cells while keeping the cell’s original abilities. Using this technique, he was able to successfully cultivate ES cells in chickens using chicken LIF.

Chicken ES cells are gained through a part of the cells from fertilized eggs. The genes of the ES cells are then modified and then returned to the fertilized egg, creating a genetically modified chicken. Putting this to practical use, scientists will be able to create useful proteins and change the components in eggs born from genetically modified chickens. This line of thinking is what led Assistant Professor Horiuchi and his colleagues to develop technology to create low-allergy eggs (*3).

*2: Embryonic steam cells. Gained from the cells of developing embryos, these cells have the ability to take on any specialization and become any part of the body. Thus, they are called the “all-purpose cell”.

Aiming for the Ovomucoid

The strongest allergen component in eggs is ovomucoid, and it cannot be removed by heat or enzymes. Due to this, those with strong egg allergies will react to the ovomucoid in processed foods. Influenza vaccines are also produced from eggs. Due to the trace amounts of ovomucoid found in these, it is recommended that those with strong egg allergies not receive vaccinations. The professor and his colleagues turned their attention to this allergen.

The professor and his colleagues thought about a way to develop ovomucoid-free eggs by removing the ovomucoid at the genetic level using gene modification technology. The system works as follows: ES cells are taken from a fertilized chicken egg, and then after the ovomucoid gene is modified*, the cells are placed back into the fertilized egg. The chick hatched from the egg becomes an adult chicken, and when the adult chicken lays eggs, those eggs will be low-allergy, ovomucoid-free eggs. Eggs using this method have already been put to experimental testing and the first generation of chicks is set to hatch from August to September.

*The ovomucoid is crushed (“knock-out or -in”) to alter the strong allergen component. 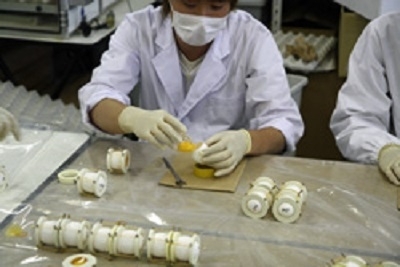 Student performs an experiment in the lab. Modified ES cells are injected into the fertilized egg and then returned to the shell. 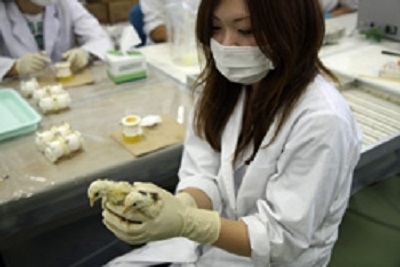 Genetically modified chickens have black patches to distinguish them from other chickens. You can see a little bit of black fuzz on the chicks. 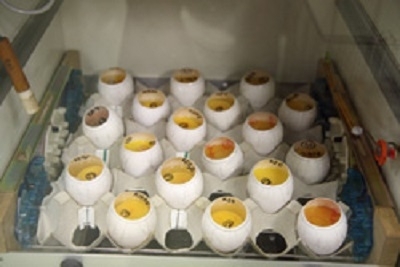 Genetically modified eggs. Now we wait for them to hatch.

Assistant Professor Horiuchi aims to use these low-allergy eggs in processed foods and medicines, such as influenza vaccines. Alongside of technology development, he is also involved in a project to evaluate the safety of the eggs born from genetically modified chickens.

“Together with the government and businesses, I want to create an HU and Hiroshima Prefecture-produced biotechnology,” he says. Looks like the professor’s work has only just begun. 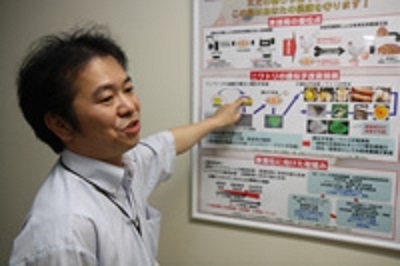 Assistant Professor Horiuchi’s 3-year-old son has egg allergies. The professor is working to help ease the concerns of parents like him.

Research Projects that Assistant Professor Horiuchi is currently engaged in.

“Chickens are a very, very precious animal,” says the professor. Precious?? I actually think they’re pretty average…? But the professor taught me about the value of these birds, despite my misgivings at first. Chickens have 2 main values, which I will explain below.“There are still so many things I want to research about chickens,” says the professor. Chickens have really caught the fascination of Assistant Professor Horiuchi, who wants to compete in the research world with chickens, not with mice, and I feel like I just might now understand the meaning behind chickens being precious. (M)