History is "the Future Now": Sharing the Historical Significance of the Dropping of the Atomic Bomb, and Aiming for a Nuclear Weapon-free Future 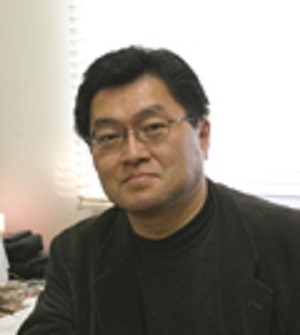 In this edition of Research NOW, we interviewed Professor Hiroshi Nunokawa of the Graduate School of Integrated Arts and Sciences.

(Interviewed on March 11, 2008, by the Public Relations Group, Office of the President)

Hiroshima from the Eyes of Revival

As the current leader of the Peace Studies Research Project, Professor Nunokawa is conducting research on the topic of "The Revival of Hiroshima". When speaking of the dropping of the atomic bomb, up until now much of the focus has been on the topic of damage. However, this project, led by the Professor, places importance on the process of revival in Hiroshima. Together with project members such as joint researchers in different fields such as history, cultural anthropology, psychology and more, as well as graduate students, he uses various documents and verbal interviews to try and make the revival process from the atomic bomb clear.

Professor Nunokawa points out that the beginnings of Hiroshima's revival were affected by the frameworks created by the atomic superpowers of the time, such as America. They tried to etch in the minds of the people the "legitimacy of the atomic bombing," and propaganda that "the bomb had been dropped, and now all is peaceful" were seen in post-WWII Hiroshima (one of Professor Nunokawa's students presented a Masters thesis on the effects of these Post-WWII propaganda).

According to the Professor, government opinions such as these persist even now, and as many people still sympathize with these statements, the legitimacy of atomic super powers remains, hindering the destruction of nuclear weapons.

With his research, Professor Nunokawa is trying a historical approach for this reality of the past: the dropping of the atomic bomb. The historical approach is a method for gaining an objective understanding of history based on past documents and literature.

One day, he asked his students in class, "Why was the atomic bomb dropped on Hiroshima?" The students replied, "Because Hiroshima was a military city at that time," and "Because it was a clear day in Hiroshima." Professor Nunokawa, however, answers that it was because it was decided by the American Target Committee. He goes on to explain that of the many proposed target sites, their first was Kyoto, however, as the damage to the Japanese mentality would be great, and could stir up anti-American sentiment, which they feared would impede their occupation measures, they choose the next target site instead: Hiroshima. These facts were all proven based on historical documents.

Professor Nunokawa explains: "Memories fade with time, however confidential documents which have been sealed until now, have been made public. Thus, we are able to verify the truth of what happened in the past. That is the beauty of history." Through this historical approach, not only is Professor Nunokawa trying to prove that the still-present positive opinion of "the legitimacy of the atomic bombing" was built out of distortion by atomic superpowers, but he is trying to clear that opinion away.

Professor Nunokawa has been teaching a course on "Hiroshimology" to students for over 10 years. While taking the course, there are many students who are shocked when presented with the history of the atomic bombing. As the professor sees it, "Who wouldn’t be shocked at the fact that after such an inhuman act we were able to build our current democratic world?"

During the course, students listen to the stories of atomic bomb survivors. One survivor says that 60 years after the atomic bombing, they are finally able to calmly see the reality of the bombing. That they have been saved by living on. That the memories of those who vanished without a trace must be preserved, and this feeling drives them to speak. The professor is also tracing the revival process on a personal level through asking the survivors about how they overcame the experiences, and thus how they live their lives.

Issues for the Future

Professor Nunokawa believes that the disputes and conflicts that occur even now in the world are "chains of retribution".

"The other day, I was asked by a student who came to Japan from Korea why Japan did not seek retribution.

And I thought that this is something which needs answering."

When Professor Nunogawa was a student, he researched the lower class of the Meiji Era. During this time, he came across a book. It was the early historical document collection of liberation activist for the socially weak and Nobel Peace Prize nominee Toyohiko Kagawa.

Toyohiko Kagawa went to live in a slum in Kobe after the Second Sino-Japanese War to try and aid the poor there. A diary of his time spent living in the slum is recorded in the early historical document collection under the title, "Life is Fleeting." From that diary, the professor was deeply impressed by the strong feeling of independence within the people eking out an existence in such poor and wretched conditions.

Perhaps the reason that Professor Nunogawa tries to see the atomic bomb from the angle of "revival" is owed to this experience. 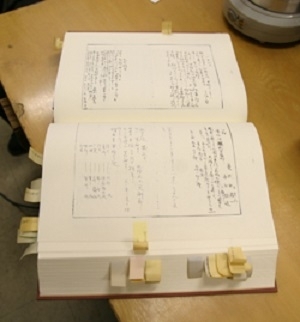 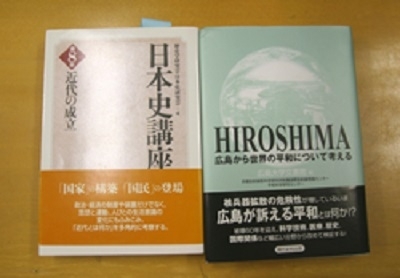 I could feel the strength of Professor Nunokawa's words, and I became aware of both his feelings about his research and his sense of responsibility. In the aforementioned book which has so much impact on him by Toyohiko Kagawa, there are hundreds of notes which speak of the many, many times the Professor has read it. The impact he received from reading that book is perhaps the provisions of his current research, and I was deeply impressed by his diligence. (M)