After the signing ceremony, HU Executive and Vice President Sato held a lecture for students studying Japanese language at VMU on “Kanji” (Chinese characters), one of the challenges that lies before students from non-Kanji using countries who wish to improve their Japanese language skills.

In addition to the inter-university agreement, a student exchange agreement was also concluded between the two universities. Hiroshima University is determined to develop academic exchange with Vytautas Magnus University by holding short-term study and exchange programs for students as well as researchers. 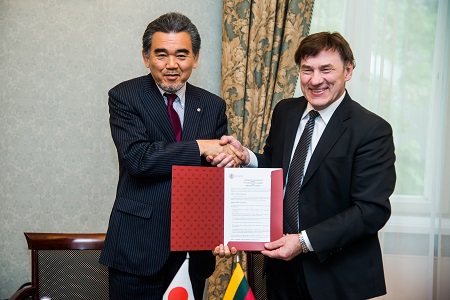